Miguel Marriaga: I have the strength and intelligence to beat Nicholas Walters 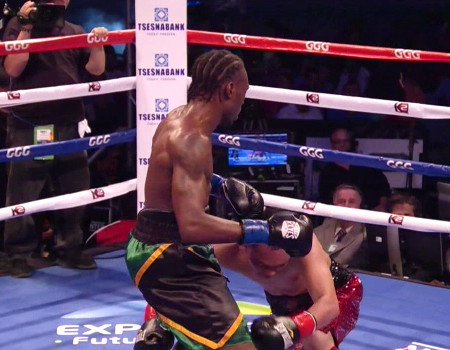 Marriaga, who already beat Walters seven years ago when the two of them were amateurs, thinks he’s going to hand Walters another defeat when they go at it this Saturday night on June 13th on HBO Championship Boxing from Madison Square Garden in New York.

What’s interesting is that Walters says he doesn’t remember the defeat. Marriaga doesn’t buy that. He thinks that Walters is purposefully blocking out the defeat because it’s something painful that he doesn’t want to discuss with the boxing media.

“Of course Walters doesn’t remember me beating him for a spot on the Olympic team…BECAUSE HE LOST! He’s not going to remember Saturday, June 13 for the same reason,” Marriaga said.

Walters is going to have to fight a lot better against Marriaga on Saturday if he doesn’t want to wind up getting beaten against by the tough 28-year-old Colombian puncher because he’s got the power to give Walters all kinds of problems if he tries to destroy him like he’s done with 21 of his opponents since he turned pro in 2008.

Marriaga, 5’7”, is about the same size as Walters, and he’s someone that can’t be kept on the outside with a jab. Walters likes to control the range in his fights by dominating with his hard jab and long reach. Many of his opponents don’t even try and close the range on him to try land their shots.

Marriaga isn’t that type of fighter. He’s intelligent and he doesn’t let his opponents get him to fight their fight. He likes to crowd them and hammer them with huge shots to the body and head. Marriaga has got very heavy hands, and he’s got the kind of power that can give Walters all kinds of problems in this fight.

Bob Arum of Top Rank might be happy that he could at least have Marriaga interested in facing his guy WBO featherweight champion Vasyl Lomachenko, but I’m sure Arum won’t be too happy to see Walters get exposed by Marriaga. Arum is hoping to build Walters up with the Marriaga fight to create a lot of interest in a Walters-Lomachenko fight later this year.

If Marriaga spoils Arum’s plans, it’s going to be a likely disappointment for the 83-year-old promoter. But the fact of the matter is Walters is not unbeatable. We saw as much in his fight against Nonito Donaire last October when Donaire came within an eyelash of stopping Walters in the 2nd round. Donaire would have likely knocked Walters out in that round if he had hurt him earlier in the round rather than in the last seconds.

« Porter: People say if I can beat Broner, I can beat Mayweather due to their similarities