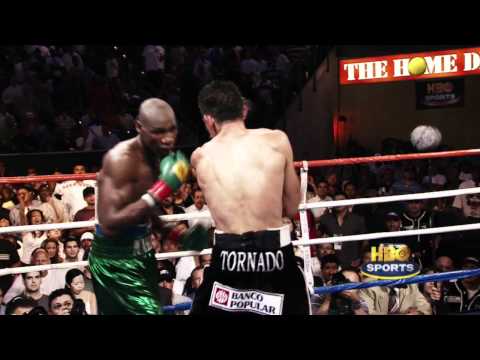 By Shaun La: I was always familiar with Paul Williams (41-2 with 27 knockouts) abilities as boxer. Knowing that he knocked out the former champion, Sharmba Mitchell within four rounds, to how Williams handled himself with the back to back Carlos Quintana WBO sanctioned championship bouts (Quintana pulled off the unanimous decision in their 1st bout to win the WBO title from Williams, in their rematch, Williams earned the TKO in the 1st round & his WBO title back), his legacy is unforgettable. Then there was the Williams bout with the veteran & crafty defensive boxer and former champion Winky Wright, a fight that showed how Williams pulled in the unanimous decision by throwing piercing punches thru Wright’s defensive fortress.

Yet, the bout that made me really concentrate on Williams and the reality that he was fitting into the big boxing star potential that a lot of boxing fans and boxing writers had predicted for him, was his first fight with Sergio Martinez, where Williams came away with the win by securing a majority decision.

There was always a physical reminder from Williams that would guide boxing fans into thinking about the legendary champion, Thomas “The Hitman” Hearns, who made his accomplishments well-known by being in boxing battles throughout the 1980’s. Both were tall (Hearns 6’1 & Williams 6’2) boxers for their professional presence in the welterweight division; both threw blistering punches that were crisp in execution, because they extended their punches from a place that showcased a full impact from a punch—even their jabs could turn into a knockout punch. The boxing world could not help but notice that Williams had his own unique boxing style that was endorsed by his high output of punches; furthermore he was always in top shape when it came to his strength and conditioning. It was in the 1st Martinez bout that boxing fans were treated to a boxing contest that permitted two strong boxers with the willpower to give it their all. The intensity that came forth in their 1st bout made us boxing fans greedy, because Williams vs. Martinez II, came after Williams pulled off the technical decision in a strange bout against Kermit Cintron–a bout where Cintron accidentally fell out of the boxing ring and onto the floor; thus a technical decision was granted to Williams who had two of the ringside judges believing that he was ahead in the four rounds that they had boxed. Of course, Williams vs. Martinez II came with an extreme surprise. Martinez knocked out Williams in round 2, but the high paced energy from both of these boxers made their rematch seem like a 14th round from a classic 1960’s or 1970’s championship fight that was scheduled for 15 rounds.

Some boxers would reevaluate their game plan after a knockout loss that happened so quickly in a fight, but Williams (who boxed Martinez at middleweight), dropped down to junior middleweight and accepted the challenge to box the up and coming and slick boxer named, Erislandy Lara. The left hand from Lara was finding its mark on Williams & those left punches were heavy. Williams was persistent in coming forward while throwing his traditional high output of punches. Both boxers made it thru the full fight. Williams collected the majority decision from two of the three judges (the other judge had the bout scored as a draw), it was a decision that sparked controversy in the boxing world. Depending on how you judge a bout, Lara won by being the aggressor and landing the most solid punches, while Williams won by being the boxer who kept coming forward and throwing combos that were hitting or missing his opponent, Lara. Some wanted Williams to retire, others had him being able to compete for more championships—either or, he had the boxing world back on alert, again. What was diverse about Williams is that he had the height and natural physical build to rotate in two different weight-classes at any given time. What I mean by this–is that when he was building up his record and professional experience at welterweight, he grew into the junior middleweight division and then while in the ranks of junior middleweight, he would test both of the junior middleweight and the middleweight divisions with success. Naturally Williams was conditioned and he made the weight work for him because of his tall and slender frame and by functioning in at least, two bouts a year. Just look at how Williams took on the two action packed bouts with Martinez at middleweight; also, he boxed Winky Wright and Kermit Cintron at middleweight, only to drop down to junior middleweight to take on Lara. His last boxing bout ever was when he went back up to the middleweight division to take on the competitive Nobuhiro Ishida from Japan. Some would say that this bout was a fight for Williams to keep himself going as a busy boxer, and even though Williams won the fight via a unanimous decision, it was a solid fight that showed how Williams could control a determined boxer like Ishida.

After the Ishida bout, the next in line for Williams was no other than Canelo Alvarez, a bright boxing star who was making a name for himself. Boxing fans wanted this fight and it was set for a pay-per-view date in September of 2012. However a motorcycle accident that occurred on the 27th day in May of 2012 left Williams paralyzed from the waist down. Boxing is a great sport, and despite us losing the chance to ever see Williams show those unrelenting punches with snapping power (which is why his boxing nickname, The Punisher is fitting), the boxing world knew that it had experienced something more important and grateful by Williams coming away alive from a devastating motorcycle accident. Boxers can live a daring life that can be on the edge at times. We lost the terrific puncher and boxer Diego “Chico” Corrales to a tragic motorcycle accident in 2007. Boxing fans, we all know about the void that can appear in the sport of boxing, when we lose an active boxer to an early death, who gave their all for us to spectate and appreciate their bravery inside of the ring, win, lose or draw. Therefore to be able to hear Williams speak and hold an optimistic agenda when he give interviews about how much he loves the sport of boxing and how he travels around as a motivational speaker is a place that boxing fans is so thankful to embrace.

I invite anyone who is a fan of Williams to go on You Tube and give the search energy a job by pulling up some of his past boxing bouts. To those who are not familiar with Williams, because boxing is a sport that you are a new fan of, please go and learn about Williams and his fights. Let your eyes see those punches and his work-rate become a reason why champions are made outside of the ring, because Williams kept going, even when the sport that he loved was taken away from him as a boxer. He became a champion again by living and speaking to the next generation of boxers. Whenever I hear the words, “A People’s Champion” I will always have a place in my mind that respect Paul Williams as being a part of such a deserving title.

Paul Williams having an interview with Elie Seckbach on ES Sports: 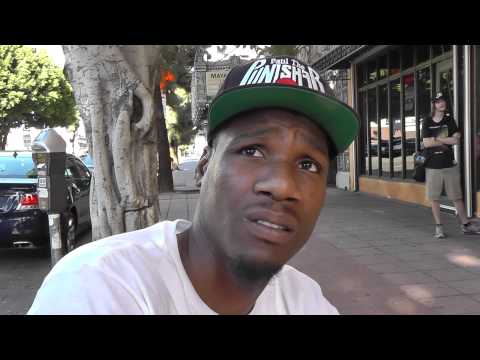