Chavez Jr. won’t do better than Pavlik and Williams against Sergio Martinez 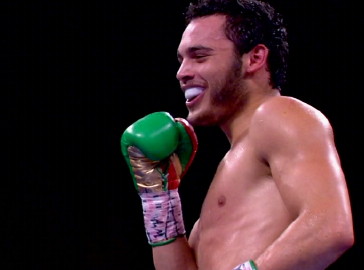 By Dan Ambrose: WBC middleweight champion Julio Cesar Chavez Jr. is going to have a hard time measuring up against past opponents of Sergio Martinez (49-2-2, 28 KO’s), like Paul Williams and Kelly Pavlik. Both of those guys fought well against Martinez but were ultimately beaten.

Martinez was given a loss in his first fight with Williams in December 2009, but few people agreed with that decision. Most boxing fans saw Martinez winning the fight easily by four rounds.

As far as past opponents of Martinez, I rate Chavez Jr. just a step above Sergiy Dzinziruk, but clearly behind both Williams and Pavlik. Chavez Jr is possibly ahead of Matthew Macklin and Darren Barker but that’s still debatable because both of those fighters were a lot more active in their fights with Martinez than the plodding Chavez Jr. will likely be. He doesn’t move around the ring well like those guys and he doesn’t throw a lot of punches like them. So, it’s hard to put Chavez Jr. far ahead of either of them.

Martinez took Pavlik’s best shots and turned up the gas on him from the 8th round on, battering a bloody Pavlik for the last four rounds without stop. Chavez Jr. won’t be able to cut off the ring as well as Pavlik, because his footwork is too poor and he needs to fight at a slow pace because of all that weight he carries around when he fights. Martinez’s combinations are going to get to Chavez Jr, who will probably be cramping up again like in his last fight due to the massive amount of water weight he needs to take off just to make the 160 pound weigh-in limit.