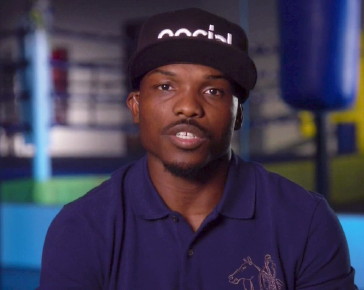 By Chris Williams: With his prospects for a big fight in the future not looking good right now, former two division world champion Tim Bradley (31-1, 12 KOs) says he’d like to face Amir Khan in the future. Bradley has pretty much run out of opponents to fight in his promoter Bob Arum’s Top Rank stable.

He’s twice fought Manny Pacquiao, and that’s not a fight that Arum can put together anytime soon due to the fight having already been overplayed. That leaves mostly little known fighters in Arum’s stable for Bradley.

Bradley has said that he’d like to move up to 154 to fight Miguel Cotto or Saul “Canelo” Alvarez. However, there hasn’t been any feedback from either fighter suggesting that they’d be interested in facing Bradley. It’s likely not because they’re afraid of him, but rather because the interest in a fight between them and a guy that was recently dominated by Pacquiao would be extremely low.

You can’t see a Canelo-Bradley or Cotto-Bradley fight unless Bradley redeems himself by beating one of the top welterweights or junior middleweights. That’s probably not going to happen anytime soon though.

“Amir doesn’t bug me at all, man. You look at Amir’s career and you look at my career, it speaks for itself. You know what I’m saying? Amir’s gonna do what he’s gonna do. I do what I do,” Bradley said via the Boxingchannel.com. “If our lanes cross, let’s do it! Dude, like I told you. I’ll fight anybody. Amir is one of them. I’ll fight you, Amir. I’m not afraid of you. Whatever time you want to, let’s make it happen. If you wanna fight after this fight, make it happen.”

Bradley had a chance to fight Khan in the past a couple of years ago, but he failed to take the fight. That was the time for him to face Khan. Now it’s too late. Bradley has been soundly beaten, and he was partially exposed by Ruslan Provodnikov in their fight last year in a fight that some boxing fans felt that Bradley deserved to lose.

This Saturday night, Bradley will be facing fringe welterweight contender Diego Chaves (23-2, 19 KOs) at the Cosmopolitan of Las Vegas, in Las Vegas, Nevada, USA. Bradley might be overlooking Chaves by his talking about fighting guys like Khan, Cotto and Canelo.

This is a fight that Bradley could very well lose or at least be made to look really bad in if he gets hurt or is forced to run in order to win it.

Bradley says he’s open to fighting anybody in the sport, but he lacks power and it’s not probable that he’d be able to match up against guys like Khan,Canelo or Cotto, even if his promoter Bob Arum could make those fights, which I don’t think he can. At the end of the day it’s likely the best that Bradley can hope for are fights against other Top Rank fighters like Brandon Rios, Mike Alvarado, Terence Crawford, Raymundo Beltran and Jessie Vargas.