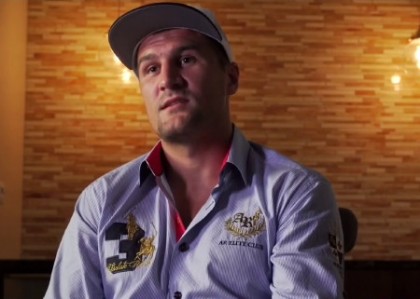 Kovalev is coming into the fight with no real battle plan other than going to war, and fighting as he’s always fought. He plans on attacking Hopkins and looking to hurt him. Kovalev will push the pace and try to KO the nearly 50-year-old Hopkins with every shot he throws.

While Hopkins is coming into the fight with a variety of battle plans, Kovalev is coming just to try and finish Hopkins off as fast as he can. It remains to be seen whether Hopkins will be able to take the punishing shots that Kovalev lands in order to use his different fight plans. We’re going to find out, because it’s going to be a fast pace fight whether Hopkins likes it or not.

Kovalev seems to be fully intent on giving the nearly 50-year-old Hopkins a real beating in this fight. It’s going to take every trick in Hopkins’ book to prevent that from happening, and I’m not sure that he has enough left to save himself in this fight. He beat the likes of Jean Pascal and Kelly Pavlik in the past, but that was years ago when Hopkins was a little younger. He’s aged in the last two years, and clearly not the warrior he was in the past.

Hopkins is facing the wrong guy at the wrong time. There are guys that Hopkins matches up well against in the 175 pound division, but I’m not so sure that Kovalev is one of them. We could very well see Hopkins look all of his age on November 8th when they get inside the ring. One can only hope that his trainer Naazim Richardson will do the right thing if the fight gets out of hand early.

« Golovkin can be beat by a slick boxer, says DeGale