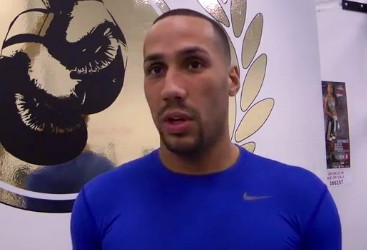 #3 WBC, DeGale and Jack’s promoters will now look to negotiate the fight. If they’re unable to come to an agreement then fight will go to purse bids on February 14th.

DeGale’s promoter is looking to have the take place on March 1st in the UK. I’m not sure how U.S based Badou Jack will feel about having to fight DeGale in front of his own British fans when he’s the one with the unbeaten record and not DeGale, but if they make it worthwhile in terms of money then I imagine Jack may be agreeable to that.

DeGale, 27, was supposed to fight Marco Antonio Periban in the WBC super middleweight eliminator, but Periban pulled out of the fight.

It’s been 3 years since DeGale was beaten by George Groves by a 12 round majority decision in London. It was a winnable fight for DeGale, but he didn’t start fighting hard until the 6th round. By then he was in a situation where he pretty much needed a knockout or at least some knockdowns to get the win. That didn’t happen and DeGale ended up getting beaten. Since that defeat, DeGale has won seven consecutive fights against largely weak opposition. DeGale’s toughest opponent of the bunch was Piotr Wilczewski, who he beat by a controversial 12 round majority decision in October 2011. I had DeGale losing that fight by a close decision. Since then, DeGale has been matched against steadily weaker opposition for some reason.

Jack, 30, has some fine wins over Alexander Brand, Farah Ennis and Grover Young. However, he blew it when he fought Periban last year in September in a fight that ended up being scored as a 10 round draw. Jack failed to impress in that fight and he was fortunate to get the draw out of it.

DeGale will be in deep if he ends up facing WBC 168 lb. champion Sakio Bika in 2014. Bika has good power, and he never stops coming. I can see DeGale getting beaten up against Bika and possibly stopped. There’s little chance that DeGale wins that fight unless he runs and maybe wins a controversial decision.