Floyd has to stop fighting corpses 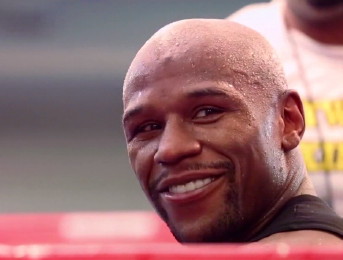 By Mo: WBC Welterweight Champion Floyd Mayweather Jr. is indeed a great boxer and has undoubtedly the best defensive style of our era, yet he keeps fighting the wrong boxers and the big fights that the fans would love to see never get made.

I’m tired of seeing Floyd fight the nonthreatening fighters he keeps selling to the casual fans and the real fights never happen we need to demand a match between Saul “Canelo” Alvarez and Floyd Mayweather.

Those are the type of fights that boxing needs, a great super star that is king of boxing and a great young rising star that poses a real threat to the king’s crown.

I know people complaint about the weight issues, but is a fact that if they were both in the same weight class the “problem” would be the red hair or some other ridiculous reason. I mean if you remember Floyd didn’t have a problem fighting a way past his prime Oscar de la Hoya “which I believe has a better legacy than Floyd” but that’s another topic, and then Floyd had no problem fighting a Miguel Cotto at 154 which indeed does rehydrate to the mid 160’s on fight night after Miguel had taken two terrible beatings at the hands of Margarito and Manny. So where is the big issue in taking a fight with Canelo if he can meet the 154 lbs. limit and if the rehydration is the problem Canelo has been known to only come up to the mid 160’s on fight night just like Cotto.

If you haven’t figured it out by now there is no real excuse for this great fight not to happen I mean we have been through this same situation in the past when Mayweather vs. Pacquiao never materialized that was an even bigger fight, but the excuses were always there. We just seem to be happy paying to see Floyd fight boxers that we know have no real chance like Victor Ortiz, Robert Guerrero and quite honestly that’s the worst that can happen in boxing.

« Canelo talking himself out of Mayweather fight