Judah-Garcia: Zab gets another crack at a title 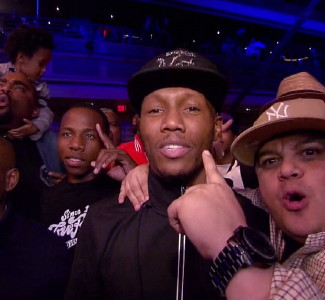 By Allan Fox: 35-year-old Zab Judah (42-7, 29 KO’s) will be fighting for another world title when he steps up and faces WBA/WBC light welterweight champion Danny Garcia (25-0, 16 KO’s) next month on April 27th at the Barclays Center, in Brooklyn, New York, USA.

Judah was recently knocked out by Amir Khan in a 5th round TKO in July of 2011, but Judah came back from that loss to defeat fringe 140 lb. contender Vernon Paris to be given another shot at a title.

With the light welterweight division having few recognizable names for casual boxing fans, Judah has kind of become what Evander Holyfield was to the heavyweight division in getting title shots without having to do a whole lot because he’s got a name that fans can recognize.

However, Judah is going to have to take advantage of this opportunity because he won’t keep getting chance after chance if he can’t win the actual fights.

Garcia-Judah was supposed to have fought last month, but due to a thumb and rib injury Garcia suffered the fight was pushed back to April 27th. It’s hoped that this will be the last time Garcia is injured before the fight because they need to get this fight over with so the two fighters can move on.

Lucas Matthysse, the WBC interim light welterweight champion, has wanted a shot against Garcia but has had to wait while Garcia has taken easier fights against Erik Morales, and now Judah. There’s talk that Garcia will look to fight someone else after this rather than fighting Matthysse. Hopefully that’s not the case but I wouldn’t be surprised if that’s what happens.

Judah is going to have to get Garcia’s respect early in the fight if he’s to have any chance at winning. Garcia likes to load up with his left hook, and he’s dangerous if he can land that punch against Judah or anyone. But Judah is good defensively, especially when his opponent only has one big knockout punch like Garcia. Judah has a really uppercut, and he’s got better hand speed than Garcia. If he can land his uppercuts we could see Garcia struggle like he did against Kendall Holt.

« Warren wants to match Chisora vs. David Price in the summer

Abraham vs. Stieglitz 2 next Saturday night, March 23rd in Germany »