Salido: Garcia has never faced anyone like me before 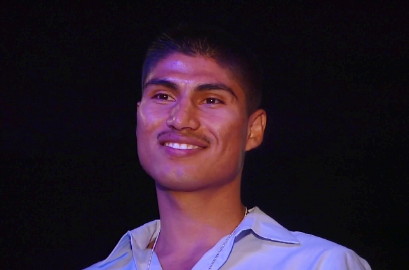 By Dan Ambrose: WBO featherweight champion Orlando Salido (39-11-2, 27 KO’s) will be defending his title on January 19th against unbeaten challenger Miguel “Mikey” Garcia (30-0, 26 KO’s) at Madison Square Garden, in New York. Salido doesn’t think Garcia is going to be ready for this fight because of his lack of experience against good fighters in the past.

Indeed, the best fighter that Mikey has faced is Brandon Rios in sparring. Garcia hasn’t been in with anyone close to being as good as Salido, and sparring sessions with lightweight Rios are no substitute for the real thing. I do think Rios is a good fighter, but I don’t think he’s as skilled as Salido. He may be bigger than him, but he doesn’t punch nearly well from all the angles Salido does.

Salido said in an interview at RingTV “I believe he [Garcia] has never fought a fighter of my quality or a fighter with my experience. I think that, truly, this will be the best fighter that he has ever faced in his career.”

I think that goes without saying. The 25-year-old Garcia has been matched very carefully during his seven year career and he’s faced no one even close to being as good as Salido. The best guy that Garcia has fought during his career is Jonathan Victor Barros, and he came into the fight with Garcia last November having lost two out of his last three fights. So even when Garcia was stepped up against a better opponent, they still made sure it was someone that was badly struggling instead of someone fighting well.

The rest of Garcia’s opponents during his career have been weak 2nd tier/journeyman level opposition. Garcia has gotten into the habit of just trying to KO everyone with single shots. That’s not going to work against Salido because he’s going to have to bring something more to the table if he wants to capture his World Boxing Organization featherweight title. Garcia’s habit of throwing single shots and then standing to admire his work is going to get him beaten up in this fight unless he shows a side to his game that he’s never shown before.

Judah: Danny Garcia is not going to be a network star, he’s not the one »