Pavlik hanging up the gloves 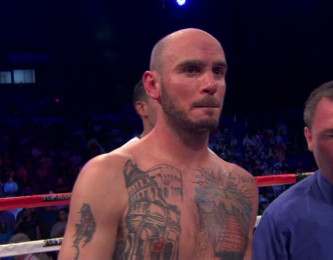 By Dan Ambrose: 30-year-old former WBC/WBO middleweight champion Kelly Pavlik (40-2, 34 KO’s) has decided to hang up his gloves after 13 years as a pro. Pavlik told ESPN that he wants to get out of the sport while he can to avoid future health problems in his 50s and 60s. It might be a wise decision for the 6’2” Pavlik being that he’s always taken a lot of punishment in his fights, and it would only get worse if he were to fight longer.

Pavlik hasn’t looked like the same fighter since he defeated former WBC/WBO middleweight champion Jermain Taylor back in September 2007. Pavlik was knocked down in that fight and he had to get up pff the deck to come on and stop Taylor in the 7th. Pavlik would later beat Taylor again the next year but Pavlik continued to take a lot of punishment. Even in his fights against less than formidable opposition, Pavlik was hit a lot.

The grueling fights for Pavlik were his bouts with Bernard Hopkins, Taylor, Edison Miranda and Sergio Martinez. Pavlik lost to Martinez in 2010, and was also beaten by Hopkins. Those two losses seemed to take the steam out of Pavlik’s career. He could have done well had he gone after guys like Arthur Abraham and Felix Sturm, but Pavik chose a different path in fights with the highly skilled Martinez and Hopkins.

After his loss to Martinez, Pavlik piled up four impressive wins over lesser opposition and he was on the verge of fighting former IBF super middleweight champion Lucian Bute. It might be a mistake on Pavlik’s part not to stay around long enough to fight Bute seeing that this is an opponent that Pavlik would likely do well against and really help his career. But if Pavlik doesn’t have the desire to compete in boxing any longer due to the risks involved then perhaps he wouldn’t have done well against Bute.

« Steve Collins, 48, set to make a comeback against rival Roy Jones Jnr after a 15-year absence from the ring