Pavlik vs. Bute possible for March; Andre Ward not ready to fight 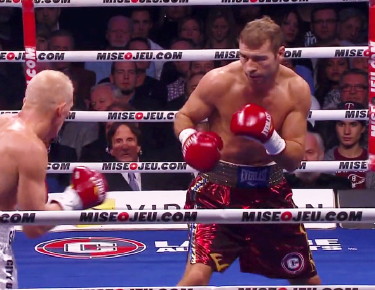 Kim said on his twitter page “Sources tell me that Andre Ward will not be able to go on March 2nd vs. Kelly Pavlik as re-scheduled. When I asked Pavlik’s manager Cameron Dunkin about it, he said that they are moving on with other plans, now. I believe a fight with Pavlik and Lucian Bute is a possibility for March.”

Wow! What a fight that’ll be. Pavlik had the chance to fight Bute last year, but he passed it up and instead fought little known Antonio Lopez. I’m sure Pavlik wishes he could go back in time and re-think that move because that was a fight where he would have gotten a lot of attention and who knows who would have won the fight. I personally think Bute would have beaten Pavlik, but not if he fought like he did in his loss to Carl Froch last May. Bute showed some really decision-making in that fight and it cost him big time.

It’s unclear what’s holding Ward up from fighting Pavlik. They were supposed to fight on January 26th, but Ward injured his right shoulder in training and the fight was tentatively rescheduled for February 23rd. With this news that he can’t fight on that date, you have to imagine that his shoulder may be healing slowly and he won’t be ready by then.

I think Pavlik is the perfect warm-up bout for Bute because he’s got a similar plodding style as Froch, and if Bute can whip Pavlik, then you’d have to conclude that he’d have an excellent chance of beating Froch later on in 2013.

Bute will have to use a lot of movement if he wants to bet Pavlik because he can’t stand in front of this guy for 12 rounds because Pavlik hits harder than Froch, and he can definitely hurt you if you try to exchange with him.

« Can Pacquiao handle another beating from Marquez?

Matthysse vs. Lundy on January 26th on Showtime at the Hard Rock Hotel in Las Vegas, Nevada »