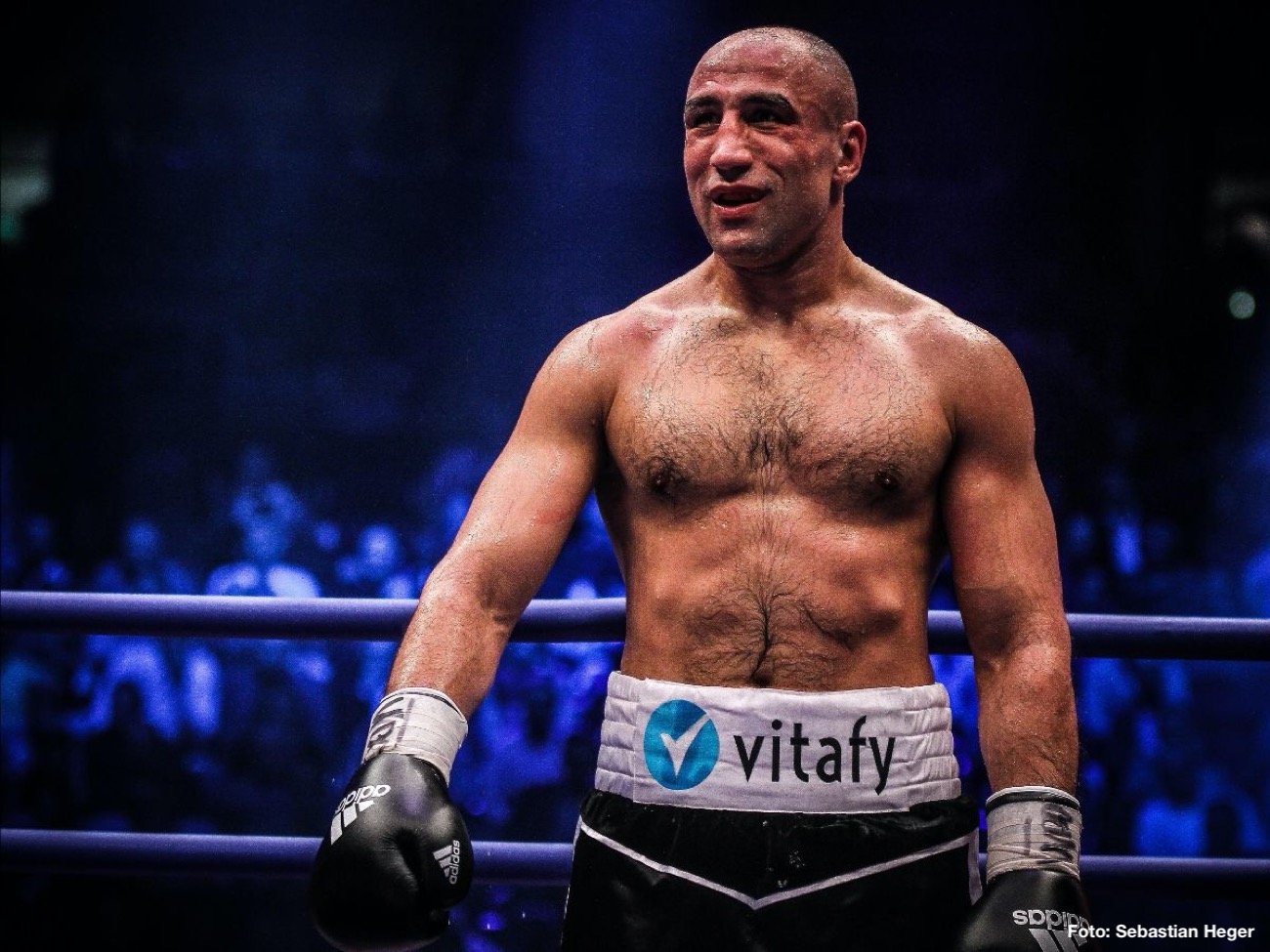 By Eric Thomas: WBO super middleweight champion Arthur Abraham (36-3, 28 KO’s) isn’t in any real hurry to take on anyone that could give him any problems with his new title.

In his first defense after beating former champion Robert Stieglitz(42-3, 23 KO’s) by a 12 round unanimous decision last August, Abraham destroyed an over-matched fringe contender Mehdi Bouadla by an 8th round TKO victory earlier this month on December 15th.

With this victory behind him, the 32-year-old Abraham is now ready to fight Stieglitz once again instead of facing his #1 contender George Groves. Abraham will reportedly be facing the 32-year-old Stieglitz on April 6th, 2013 in Germany according to German boxing website boxen-news Presumably after that fight, Abraham will go ahead and fight Groves. I’m hoping Abraham takes that fight because it would be a pity to see him bypass Groves once again and face someone else in the division.

The sad part about all of this is that Stieglitz, #4 WBO, doesn’t have to do anything. He’s getting the rematch without facing anyone in between. Stieglitz had a rematch clause in his contract with Abraham, and that’s why he’s getting the rematch. It’s unfortunate that the sanctioning bodies allow rematch clauses because it keeps two fighters facing each other over and over again without letting other guys get their chance.

Stieglitz doesn’t have much of a chance of beating Abraham in the rematch because he lacks the power and the size to compete. Stieglitz did make it interesting against Abraham in their fight last August but he clearly lost due to Abraham’s superior power. It was pretty much one-sided fight when Abraham was letting his hands go. The reason why the scores were somewhat close was because Abraham often got lazy and let Stieglitz throws shots for long stretches.

Abraham would then come on at the end of the rounds to try and steal them. In the past, Abraham was frequently able to get away with using this trick when he held down the IBF middleweight title from 2005 to 2009, but it wasn’t working against Stieglitz. The judges rightfully gave Stieglitz the rounds were he did most of the work.

Saul “Canelo” Alvarez confirmed for Mayweather undercard on May 4th at the MGM Grand, in Las Vegas, Nevada »