Deontay needs to impress against Price 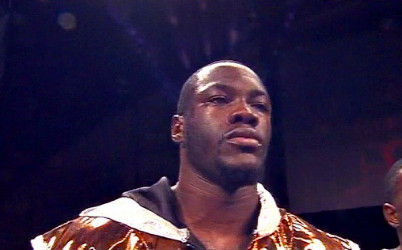 Wilder, 27, is now getting ready for his own bout against unbeaten 6’7″ Kelvin Price (13-0, 6 KO’s) on December 15th at the Sports Arena, in Los Angeles, California, USA. More than a few boxing fans have taken a shot at the 37-year-old Price’s age, seeing him as an old guy. But he’s not old or anything close to being old.

Price is a well preserved 37-year-old and is more like a 27-year-old than someone approaching his 40s. Price isn’t a pushover by any stretch of the imagine, as he’s beaten Tor Hamer, a very good heavyweight. Price is definitely a good fighter and better than the guys that British heavyweights Tyson Fury and David Price have fought thus far. You throw the guys like Audley Harrison, Sam Sexton and Vinny Maddalone in there with Kelvin, and he’ll beat those guys.

The sparring that the 6’7″ Wilder did with the 6’6″ Wladimir will definitely help Wilder against the 6’7″ Kevlin Price because this guy is pretty much the same size and it’s going to be a lot easier for Wilder when it comes to landing his big right hands and left hooks against him.

Price’s last four wins have come against Arron Lyons, Stacy Frazier, Joseph Rabotte and Ija Flappingeagle. Obviously those guys aren’t recognizable fighters, but the positive thing about it is that Price has been busy fighting a lot and not just fighting once a year or what not like some fighters do. He’s going to be ready and in shape for Wilder on December 15th because he knows this fight is going to be televised by Showtime in the U.S and a lot of boxing fans will be watching.

If Price can pull off an upset of Wilder that would be a big deal for him. That’s not realistic for that to happen because Wilder is someone destined to be a world champion. Even legendary trainer Emanuel Steward saw Wilder as a future star. His only gripe about him is how slowly he’s being brought along by Golden Boy Promotions. Steward thought that Wilder should be fighting better opposition so he could keep improving instead of being put in easy mismatches.