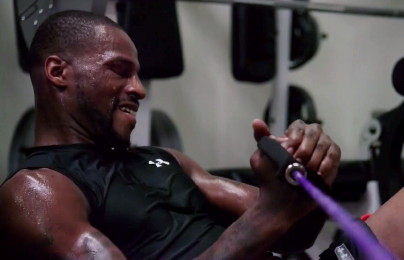 By Jason Kim: WBC light heavyweight champion Chad Dawson (31-1, 17 KO’s) says he was turned down by the Andre Ward (25-0, 13 KO’s) team when he attempted to get them to agree to a catchweight of 170 pounds for his September 8th fight against Ward at the Oracle Arena in Oakland, California.

Dawson, who will be coming down from 175 lbs to fight Ward at 168 lbs, says he has no problem with making weight for the fight, but he just wanted to see if a catchweight was possible. It wasn’t.

Dawson said “We wanted to do a catchweight at 170, but they threw it out the window. They said ‘no.’ We can’t make the fight unless it’s 168 pounds. The weight don’t bother me; the fight in Ward’s backyard don’t bother me.”

It would have been nice to see Ward and his team giving Dawson a little break because after all he’s the one moving down for the fight and he did agree to come all the way to Ward’s home city of Oakland to make the fight happen. But I guess the fight might not have happened had Dawson pushed hard for a neutral venue or the catchweight.

Dawson says the weight won’t bother him, so it’ll be interesting to see if that turns out to be the case. What we do know is that if things go badly for Dawson int his fight he’ll have an excuse to fall back on with the weight issue. Ward may not realize that now, but he could hear it afterwards if Dawson does struggle with his weight and loses strength in draining down to 168.

It’s got hurt him, though. You don’t lose that kind of weight without it having some kind of negative affect on you. Unless Dawson is just so dominating that it doesn’t even matter, I see him having problems with weakening from having taken off the seven pounds to get to 168.

« Chavez Jr. won’t do better than Pavlik and Williams against Sergio Martinez

Abraham vs. Sturm a likely scenario for the two German based champions »