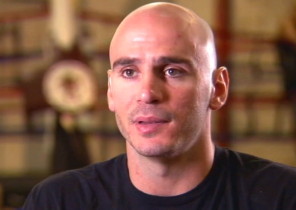 By Allan Fox: Kelly Pavlik (39-2, 34 KO’s) hopes to reignite his boxing career on Saturday night against Will Rosinsky (16-1, 9 KO’s) in a 10 round bout at the Home Depot Center in Carson, California. Pavlik, 30, needs a win here to keep him in contention for a title shot against one of the super middleweight champions.

Pavlik notes that Rosinsky isn’t a big threat to him because he’s not a huge puncher, but he’s someone that can cause Pavlik a lot of problems due to his busy style of fighting. If there’s one thing that Pavlik has problems with it’s fighters that move and fighters that throw a lot of punches. However, Rosinsky is mostly a stationary fighter who likes to stand directly in front of his opponents. This will make it a lot easier for Pavlik to land his big shots. Pavlik can’t deal with movement, but he does really well with guys that move little and who don’t have much power or speed like Rosinsky.

Robert Garcia, the trainer for Pavlik, believes that Pavlik will be soon getting a title shot against one of the super middleweight champions in the division, although he’s not sure who that fighter will be. It’s obviously going to need to be either the winner of the Robert Stieglitz vs. Arthur Abraham clash or the Carl Froch vs. Mikkel Kessler fight.

Pavlik wouldn’t do well against WBA/WBC super middleweight champion Andre Ward because he has too much speed and he’s too good of an inside fighter compared to Pavlik. Still, it’s doubtful that Pavlik will get a title shot this year, because all of the current champions are booked up with fights. Pavlik might be better off putting pressure on his promoter Bob Arum to try and set up a fight against fellow Top Rank fighter WBC middleweight champion Julio Cesar Chavez Jr. if he’s able to beat Sergio Martinez on September 15th.

Khan: I’m surprised at the power in my shots; I can hurt Garcia »