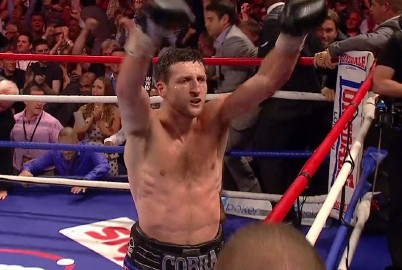 Pavlik told Sky Ringside “I think he [Froch] is a very strong, tough fighter. He’s been in some big fights against Jermain Taylor. He’s a good fighter and that’s definitely a fight that I want in the future. The promoters got to make it, but that’s definitely want that match. He knows that and he’s definitely been saying some things in the media outlets and so have I. Let’s get this ready to go.”

Froch said “The potential for that fight is not something I’ve looked at to be honest. That fight can potentially raise some eyebrows and get some excitement. He’s a big puncher and boxed Jermain Taylor twice, one of my opponents. I have to defend my title against any comers. We’ll see.”

A fight between Pavlik and Froch would be an excellent fight due to the power between the two fighters. Obviously, it wouldn’t be a real big fight now because Pavlik still hasn’t redeemed himself after losing to Sergio Martinez and Bernard Hopkins. Pavlik needs to get at least one win over a world class opponent before a fight between him and Froch could be a viable bout. Froch is better off looking at other fights in the super middleweight division such as Mikkel Kessler, and the rematch against former IBF super middleweight champion Lucian Bute in 2013.

Pavlik has been facing 2nd tier opposition lately in trying to turn his career around, and he’s looked so-so in the fights. He’s winning but doesn’t look superb. Pavlik will get a title shot soon, possibly before the end of the year against one of the 168 pound champions.

« Martirosyan and Proksa possibilities for Golovkin on August 25th

Josesito Lopez: Canelo Alvarez is in for a real fight; I’m going to shock people »