Pavlik thinks he can KO Froch; Frampton could fight on Martinez-Macklin undercard on 3/17 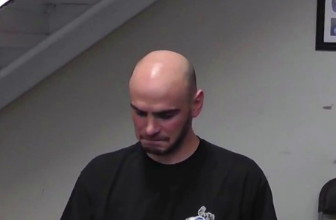 Pavlik, #2 WBO, #5 WBA, #6 WBC, is also now ranked higher than Froch in the super middleweight division. Froch seems to have been dropped from the rankings for some reason.

Pavlik was asked if he could knockout Froch in an interview at esnewsreporting.com, and Pavlik “Do I think I can knock Froch out?” Pavlik then gave a luck as if it was a stupid question, meaning he knows he can knock Froch out. I think I agree with him. If there was ever a fighter that perfectly made for Pavlik to knockout, it’s Froch. He’s stationary, slow, easy to hit and he tends to go right at his opponents looking to trade shots. He’s like a taller version of Edison Miranda. Pavlik destroyed Miranda in the past, and I could see him doing the same thing with Froch if he was willing to fight Pavlik.

Froch plans on fighting in Nottingham for his next fight. IBF super middleweight champion Lucian Bute is still hoping to fight Froch in Montreal on April 14th but it doesn’t look good for that fight. Froch wants to get a home fight for April, and Bute is just going to have to wait his turn. Froch hasn’t said who it’s going to be but he really should consider fighting Pavlik because Froch has a hard time getting up for lesser opposition. He’s one of those guys that always needs to fight top talent to keep him interested.

Carl Frampton could fight on Macklin vs. Martinez undercard on March 17th

Unbeaten Commonwealth super bantamweight champion Carl Frampton (12-0, 8 KO’s) is a possibility for the undercard of the Matthew Macklin vs. Sergio Martinez bout on March 17th at New York’s Madison Square Garden. Frampton, 24, hasn’t been confirmed yet nor has an opponent been picked out. However, Frampton, who lives in Belfast, Ireland, is someone they want for this fight card which takes place on St Patrick’s Day. Andy Lee, an Irish middleweight, pulled out of the card recently leaving Macklin. They need another high quality Irish fighter and that’s where Frampton comes in.

Frampton defeated challenger Kris Hughes by a 7th round TKO last Saturday night at the York Hall, Bethnal Green, London, UK. Hughes was dropped by a big right hand in the 7th and the fight was halted.

Huck will need to raise his game to beat Povetkin »