Margarito sees big fights out there for him, including a Cotto third fight 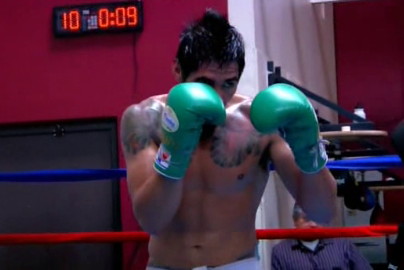 By Dan Ambrose: Antonio Margarito (38-8, 27 KO’s) isn’t ready to retire after losing a 10th round stoppage loss to WBA junior middleweight champion Miguel Cotto recently, and feels that he’s still got a few big fights left him before he hangs up the gloves.

Margarito says a third fight with Cotto is a possibility next year, as Cotto is interested. If that doesn’t happen, Margarito wants to take on a few other big names. It’ll be up to his promoter Bob Arum to try and get Margarito those fights.

He’s still ranked high in the junior middleweight division and could likely get a title shot against one of the other champions like Saul Alvarez, Cornelius Bundradge or Zaurbek Baysangurov.

Cotto is really better off facing Margarito for a third fight if Cotto can’t get the rematch with Manny Pacquiao next. Cotto wants that rematch badly obviously to try and avenge his 12th round knockout loss from two years ago and also best of all to get another big payday.

However, if it doesn’t happen, then Cotto’s promoter Bob Arum needs to put him back in with Margarito because that fight will make more than if Cotto has to face one of his top contenders like Nobuhiro Ishida, Paul Williams or Erislandy Lara.

Those are big names in terms of bringing in fans, while Margarito is. Cotto is too vulnerable to face those guys and the money wouldn’t make it worth it. That’s why Cotto is better off facing Margarito again while waiting on a rematch with Pacquiao later in 2012.

Margarito’s right eye is too beat up for him to take on the younger fighters. He may beat some or all of them, but he could end up reinjuring his eye and being sidelined for a long time if not permanently. He needs big fights and big fights only.

I see Margarito beating Cotto again by knockout if he can get a third fight but only if it takes place outside of the New York area. I can see another doctor stopping the fight when and if Margarito’s right eye starts swelling. He needs to have the third fight take place in Las Vegas or Mexico.

« Sergio Martinez upset that Cotto, Chavez Jr. and Pacquiao not interested in facing him