Is it time for Miguel Cotto to take on a dangerous contender? 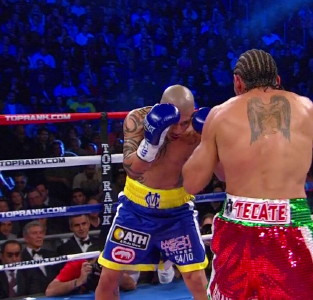 By Gerardo Granados: Miguel Cotto is a three division champion and has engaged against fifteen champions during his long boxing career, he is trully skilled but his size is not the ideal for the middleweight division.

Miguel Angel Cotto, age 31, height 5´7”, reach 67”, more than 10 years as pro fighter, record W37(30)-L2(2), title fight record of W17(14)-L2(2). Undoubtedly he has enough merits to be considered as a serious candidate to the boxing hall of fame, but has he taken the easy road in his last three bouts or is it that his promoter wont allow him to take on anyone who has a real chance to defeat him?

The feather fisted Foreman fought on one leg, was brave but he was not the top light middleweight champion at the time; Mayorga was simply too old and was practically retired when he faced Cotto, Ricardo had not faced a top fighter since 2008 when he lost to Shane Mosley by KO12. Margarito was suspended, then took a vicious beating, and after a long inactivity (a year) he was allowed to take a shot a the WBA World light middleweight title; Cotto defeated him but it is evident that Antonio is no longer in his prime.

What has happend to Cotto? Is it his fault or is it his promoter fault? Is he cashing out? Pro boxing is a business but maybe Cotto need to take on a dangerous lion on his next bout to prove he is still one of the best in his weight division.

Miguel Angel has the boxing skills to engage and defeat any of the top light middleweight fighters, he is a talented boxer but he is not taking on dangerous contenders and that is a shame because boxing fans deserve to see him at his best against the best opposition available. Let´s say Saul Alvarez, James Kirkland, Carlos Molina, Vanes Martirosyan or Erislandy Lara. Is it time for Cotto to show how good he really is?

Khan has no one to blame but himself »