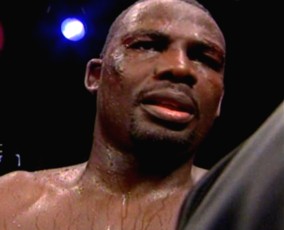 By Jason Kim: Newly crowned WBA heavyweight champion Alexander Povetkin is in a great position to get an easy first title defense no matter what he does. First of all, he’s got the option to fight 49-year-old Evander Holyfield next, which at this would be a very easy fight even for a limited heavyweight champion like Povetkin.

And now the World Boxing Association has just elevated 38-year-old former WBC heavyweight champion Hasim Rahman (50-7-2, 41 KO’s) to the No.1 position in the World Boxing Association rankings. It’s difficult to see the reasoning for the WBA making Rahman the number contender, as he’s done very little since being stopped by IBF/WBO heavyweight champion Wladimir Klitschko in an 7th round TKO loss three years ago in December 2007.

Rahman has won his last five fights, albeit against 2nd and 3rd tier opposition. Rahman hasn’t faced anyone world class heavyweights during the last three years and it’s not easy to understand the reasoning behind the WBA ranking Rahman over contenders like Robert Helenius, David Haye, Denis Boytsov, Ruslan Chagaev, Chris Arreola, and Alexander Dimitrenko.

By ranking Rahman at number #1, it gives Povetkin an easy first title defense if he so chooses to face Rahaman. Either way, if he takes on Holyfield or Rahman, he gets two old fighters, neither of which are what they used to be. If Povetkin can face both of them in his next two fights he’ll have guaranteed pretty much that he’ll be a champion for at least a year until he’s finally forced to fight someone like Helenius, who will very likely obliterate him.

« Helenius: I’ll be ready to fight the Klitschkos in one, two or three fights