George Foreman: Vitali is as good as any of the past champions 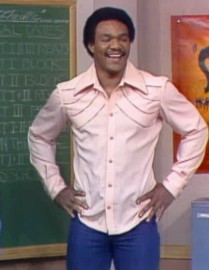 By Eric Thomas: Big George Foreman (76-5, 68 KO’s) gave WBC heavyweight champion Vitali Klitschko (43-2, 40 KO’s) a big compliment after his win over Tomasz Adamek (44-2, 28 KO’s) last weekend, saying on his twitter “The champ Klitschko is as good as any other of the past champs. Better than me.”

Now that is a big compliment to be sure, because Foreman was well respected during his prime in the early 70s. However, after beating then WBA/WBC heavyweight champion Joe Frazier by a 2nd round knockout in January 1973, Foreman was only able to successfully defend the title twice, beating Jose Roman and Ken Norton before losing the belts to a 32-year-old Muhammad Ali in October 1974.

Foreman didn’t win another title until he was 45-years-old when he knocked out IBF/WBA heavyweight champion Michael Moorer by a 10th round TKO in November 1994. Foreman defended his IBF title once, beating Axel Schulz and that was it. Foreman’s knockout percentage during his career was 83.95. Vitali’s KO percentage is 88.89.

Vitali first captured a world title in 1999, winning the WBO heavyweight title with a win over Herbie Hide. Vitali defended the title two times before losing it to Chris Byrd in April 2000 when Vitali tore up his left shoulder early in the fight and was beaten by a 9th round retirement. In 2004, Vitali defeated knockout artist Corrie Sanders by an 8th round TKO to capture the WBC heavyweight title.

Vitali defended the belt only once, beating Danny Williams. Because of a number of injuries that Vitali suffered while training for a title defense against Hasim Rahman, Vitali decided to retire from boxing for four years until coming back in 2008 to stop WBC heavywight champion Samuel Peter in the 8th. Vitali has now defended the title seven times and looks to be unstoppable at this point. Tomasz Adamek, Vitali’s last challenger, was no match for Vitali and was battered until the fight was stopped in the 10th.

Tyson Fury admits he’s not prepared to fight the Klitschkos »