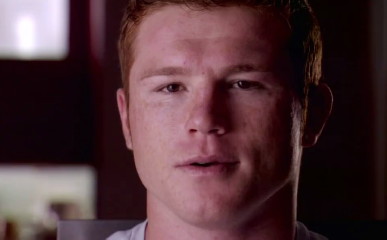 By Dan Ambrose: WBC junior middleweight champion Saul Alvarez (37-0-1, 27 KO’s) faces No.7 ranked WBC contender Alfonso Gomez (23-4-2, 12 KO’s) on September 17th in Los Angeles. For the 21-year-old Alvarez, this could be the last easy fight before he’s faced with the tough task of fighting either Vanes Martirosyan or Alfredo Angulo, both very tough fighters and arguably a lot better than the guys Alvarez has been fighting.

Richard Schaefer, the CEO of Golden Boy Promotions, is in contract with Top Rank Promotions CEO Bob Arum to try and put together a World Boxing Council junior middleweight title eliminator bout between Martirosyan and Angulo.

It’s a fight that will likely take place in Mexico. The winner of the fight becomes the mandatory challenger for the young Alvarez, and immediately puts him in a situation where he’s going to have to have to deal with an opponent with power and boxing ability that rivals his own.

It probably is a little too early for Alvarez to be holding down the WBC belt, because he really only recently has cut his teeth against world class opposition in his fights against Matthew Hatton and Ryan Rhodes. And those guys are arguably not nearly as good as Angulo and Martirosyan. Alvarez needs some more transition fighters to get him ready to take one of those two guys.

You’d like to have seen Alvarez face someone like Pawel Wolak, Erislandy Lara, Carlos Molina, Lukas Konecny or Austin Trout before putting him in with Angulo or Martirosyan. But Golden Boy was in a hurry to have Alvarez pick up an easy title against Hatton when the WBC belt become vacant.

In hindsight, they should have waited until Alvarez had the experience before putting him in to fight for a paper WBC belt. Now he’s going to have to take some really hard fights. Hopefully he’s ready for it. Alvarez has got to show more of the killer instinct against Gomez, because he’s going to need this practice for the tougher fights ahead.

Who do you pick? Mike Tyson vs. Wladimir Klitschko »