Who Will Be The Next Opponent For De La Hoya? 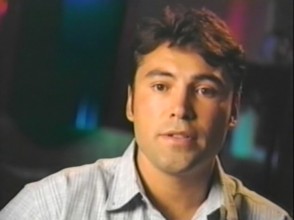 With Ricky Hatton’s recent defeat to Floyd Mayweather Jr., it essentially wiped out Oscar De La Hoya’s leading candidate for his next opponent, whom he has plans on fighting on May 3rd, whomever that may be. Hatton, however, due to his knockout loss to Mayweather, is no longer a viable opponent for De La Hoya, since the public wouldn’t likely enjoy watching a bout with two fighters coming off of losses, especially a one-sided knockout loss, like in Hatton’s case.

Of course, you never know, De La Hoya may still opt to fight Hatton, since he’s the less imposing fighter that De La Hoya could face without having to dip down into the lighter weight classes and try to line up a fight with someone, say, Manny Pacquaio, a super featherweight (130 lbs). Previously, De La Hoya has stated that he’s not interested in fighting Miguel Cotto, the Puerto Rican welterweight boxing star, because of Oscar’s promise to his wife that he would never fight a Puerto Rican fighter. However, there’s not too many big-named fighters for De La Hoya to pick over, at least ones that won’t beat him into coma, that is. Clearly, he’s looking for a fighter with a big name, but not the ability to beat the stuffing out of him, like Felix Sturm did, or stop him within the distance like Bernard Hopkins did with him.

A bout against Miguel Cotto would almost guarantee a lot of punishment for the 34 year-old De La Hoya, leaving him badly beaten. Bouts against top welterweights Paul Williams, Antonio Margarito or Kermit Cintron would likewise be painful matchups for De La Hoya, none of which he’d probably win, and all of them quite dangerous for him in terms of punishment. Joe Calzaghe, the super middleweight champion, is desperate for big-named opponent like De La Hoya, but he would not be a good matchup for De La Hoya either due to his weight advantage.

If middleweights like Bernard Hopkins and Felix Sturm were able to soundly beat De La Hoya, than Calzaghe would figure to make it look even easier. It would be a bout that would see De La Hoya getting a particularly embarrassing boxing lesson should be opt to fight someone like Calzaghe. For that reason, I don’t think De La Hoya is even considering him. The junior middleweight division doesn’t have any big name fighters, aside from Vernon Forrest, but he’s not popular enough for De La Hoya to fight. Forrest is also too dangerous, as he’d give De La Hoya a sound thrashing and perhaps even knock him out. Kelly Pavlik and Jermain Taylor both have too much power for De La Hoya, and for that reason would make a bad choice for an opponent.

De La Hoya’s still a fast fighter, but he doesn’t have power to contend with either of those guys. Of all the opponents out there, I think the ideal fighter would be John Duddy, an undefeated middleweight prospect. He’s not particularly fast or powerful, and is kind of a plodder. Up to this point, he’s mainly been protected, with most of his fights being against unknown or over-the-hill fighters. He’s not well known to the American public, but his undefeated record along with his hollywood looks would make for an intriguing bout for De La Hoya. Best of all, it’s a fight that De La Hoya could possibly win if he doesn’t fade like he typically does in the second half of his fights.


« Rees Wants Shot At Hatton: “I Believe I’d Beat Him”