By Jack Tiernan: Tyson Fury says he’s looking to fight Anthony Joshua in 2023 because he wants the undisputed match against Oleksandr Usyk, followed by a hybrid bout inside the cage with Francis Ngannou.

Last Friday night, WBC heavyweight champion Fury said AJ isn’t in his immediate plans. What was different about Fury’s comments is that he didn’t bother to trash Joshua like he’s often done recently and that he has to be seen as a positive sign that he will be facing him at some point. 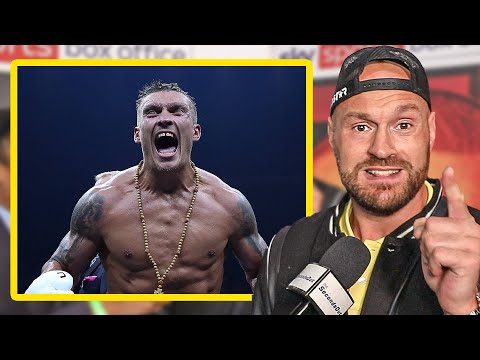 In the interview, Fury didn’t mention Joe Joyce once, meaning that he might have changed his mind about wanting to face him next after his bout with Usyk.

Fury said after his December 3rd fight against journeyman Derek Chisora that he would face Usyk next and then Joyce. But now, all of a sudden, Fury is talking up a fight with Ngannou and not mentioning Joyce.

Fury said that he wants to fight three times in 2023, but those plans might change if his negotiations with Usyk continue to drag out. If Fury is having problems trying to bang out a deal with Usyk, you can only imagine the issues he’ll have trying to negotiate with the superstar Francis Ngannou.

“I don’t know when it’s going to be, but I’m trying to make the fight of the century next,”  said Tyson Fury to talkSPORT Boxing when asked when he’ll be fighting Oleksandr Usyk. 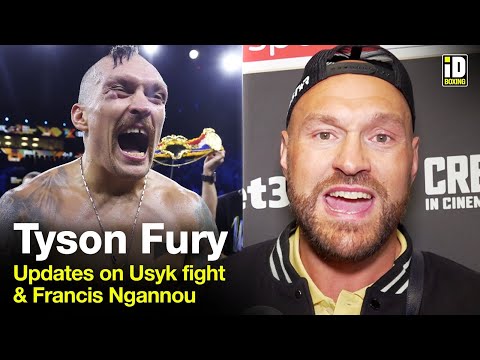 “I’m not interested,” said Fury when asked if he’d like to fight Anthony Joshua in 2023. “I’m looking at the fight of the century, Oleksandr Usyk, and if not, the baddest man on the planet, Francis Ngannou. Either one of those two, that’s what I’m looking for,” said Fury.

It would be better if Ngannou first got his feet wet by fighting a top contender to prove that he deserves to share the ring with Fury. Allowing a non-boxer to fight the heavyweight champion in their debut in boxing cheapens the sport, making a mockery of it.

Sadly, Fury doesn’t seem to have a problem with that, and perhaps just seeing the dollar signs that would come from him fighting the former UFC heavyweight champion.

“Maybe, I’ll fight Francis Ngannou in the cage with 4-ounce gloves, Queensbury rules, a bad-** referee, like Mike Tyson. Who would not want to watch that? Anything can happen, you know,” Fury said about the possibility of him taking a crossover fight with former UFC heavyweight champion Francis Ngannou. 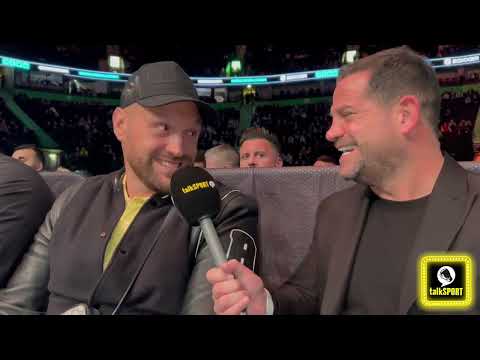