By Brian Webber: Robert Garcia says he’d like to see Teofimo Lopez Jr get a little help with a new coach in his gym that could help out with his existing trainer Teo Sr to turn his career around.

Robert thinks it would a good move on the former unified lightweight champion Teofimo’s part to have a new coach that could bring different things to the gym because he’s starting to have problems.

In Teofimo’s last three fights, he’s not looked like the same fighter that beat Vasyl Lomachenko & Richard Commey. He seems to have lost his way since his embarrassing defeat at the hands of George Kambosos Jr in 2021.

In interviews, Teofimo (18-1, 13 KOs) has come across as disconnected from reality, without his feet firmly planted on the ground, talking nonsense that suggests that he’s not fully aware of how his career has deteriorated.

“The problem with Regis [Prograis] is that he’s signed to a company that doesn’t work in the States or doesn’t work with many of the other promoters in the States,” said Robert Garcia to Fight Hub TV about why Teofimo Lopez and Jose Ramirez not eager to fight WBC light welterweight champion Regis Prograis.

“There are huge fights. It sucks that Regis is in the wrong place, but he’s great. He’s strong; he’s solid, he’s great for boxing and great for the division. That’s the only problem. I think him and Teofimo, especially after his performance [against Sandor Martin]. 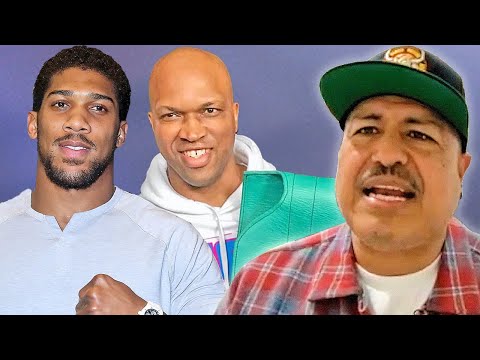 “Fighters have personable problems, and they go out and fight better than ever because they’re different mentalities. Teofimo is a great person. He’s a good fighter for boxing too, so I would love to see him perform well and get well and do the right thing.

“Maybe have better training camps and have better sparring partners.  I know he’s got a great management team. I know who they are. They’re great, but I think it has to do in the gym.

“A lot of time, it’s whoever is talking to him. A trainer not only needs to be the trainer, but sometimes, you need to become a psychologist. Since 2003, when I first started training fighters, a lot of them will tell you, ‘The way Robert talked to us made a big difference.’ From Brandon Rios to Joshua Franco, most recently.

“The trainer also needs to know how to deal with stuff like that. You can’t just go and train. You got to know there’s a life out there that makes a big difference.

“Maybe they need something in the team. Not because you’re not good,” said Robert about Teofimo Lopez Jr possibly needing help with the training team. “Look what he [Teofimo Sr] did with his son throughout his amateur career.

“He made him an Olympian; he made him a world champion. Obviously, you’re great at what you do. He’s a great trainer. What he did with his son is unbelievable.

“But there comes a time when there’s a lot of popularity, a lot of money involved, people, new people involved in your life, and like you said. Something going in one ear and out the other. Maybe that’s the case.

“I don’t want to be one of the ones saying that’s what he needs to do, but it wouldn’t be a bad idea to try something different. Maybe bringing somebody in. Somebody new that would help out. It would probably help out,” said Robert said about Teofimo needing a new coach to come in and help out.

“I said it from day one that the best thing he can do is train in the States, and from what I understand, that’s what he’s going to do. If I’m not mistaken, I think he’s going to end up being with Derrick James.

“He’s a good trainer, especially if Anthony is going to come and train around Errol Spence, [Jermell] Charlo, and that new kid that he has, Frank Martin. They are very, very talented fighters.

“I said it since when I left England to come back to the States, I told the whole team, ‘That’s what Anthony needs. To be around real fighters, real training camps.’ It sucks. I would have loved for him to come to Riverside and continue training with me.

“I also don’t blame him. I continue working, I’m really busy with all my fighters. [Joshua] Franco just had a bad a** performance in Tokyo [against Kuzoto Ioka]. I have Bam fighting in April and Jose Ramirez fighting in March.

“It’s the same way if he’s training with Derrick James. If he chooses there. He’ll be around fighters like Charlo. You can’t get any better. So for him to make the decision to train in the States, it’s the best decision he can make.

“So far, and I told everybody before I left, and it’s happened. They’re training in the United States. That’s the beginning. That great. That’s the best thing they could have done.  It looks like they’re going to have a tune-up fight, and that’s another thing that I told them.

“They brought me in to prepare him to fight Usyk,  which he had already clearly lost in his previous fight,” Robert said about Joshua. “So they brought me in at a very tough moment to train him for Usyk, who pound-for-pound is one of the best fighters in the world. So it was very difficult.

“I told everybody that Anthony needs to come back with two or three tune-up fights and get him ready and then go after the title. By that time, who knows? Maybe the titles will be vacant because if Fury & Usyk fight, maybe the winner will most likely retire.

“They’re going to make hundreds of millions of dollars. So maybe the winner retires, then there are vacant titles. So, Anthony Joshua, 100%, will fight for a vacant title.

“That’s what I advised them, and that’s what it looks like the direction they’re taking. I think that’s the best thing that they can do to become a three-time heavyweight champion of the world.

“Two or three tune-up fights in the meantime. Let Fury & Usyk fight each other, and maybe the winner vacates the titles. That’s a perfect idea. That’s the perfect time, and that would be my choice if I was the one in charge of handling his career. But so far, it looks like he’s going in that direction,” Robert said.