John Fury on Oleksandr Usyk: “It looks like his body has departed from him”

By Barry Holbrook: John Fury questions what happened to all the muscles that IBF, WBA & WBO heavyweight champion Oleksandr Usyk had last August when he defeated Anthony Joshua for the second time in their rematch.

John, the 58-year-old father of WBC heavyweight champion, says Usyk (20-0, 13 KOs) looked like a “bag of bones” in the photo he posted of himself this week on social media with him standing next to a swimming pool.

It appeared that Usyk had just finished swimming a lot of laps, which has a way of making one look leaner than they actually are. John Fury believes that the 35-year-old Usyk has wasted away, losing his muscles rapidly in the last five months, and he wonders what happened to them.

Usyk is in negotiations to fight Tyson for the undisputed championship in April in the Middle East, and there’s a possibility that he could hand the 6’9″ chunky heavyweight his first career defeat.

John doesn’t see that as a possibility, as he feels that Usyk is a middleweight at best and lacks the size to defeat Tyson. We’ve seen Fury get dropped by a fighter smaller than Usyk in Steve Cunningham, and he might have lost that if not for the former cruiserweight gassing out. What happens if Usyk doesn’t gas out? Does he deal Fury a defeat?

“When you’re fighting a blown-up middleweight, it looks like his body has departed from him. I don’t know what happened to him,” said John Fury to Joe, talking about Oleksandr Usyk looking less muscular in his swimming pool photo he posted earlier this week on social media.

“How has he got the body that he got fighting Anthony Joshua to that poor excuse of a man getting out of a swimming pool? What did he do in between? What did he do? You tell me. I know, and you know.

“He just looked like a bag of bones getting out of the swimming pool. A pair of shoulders, well, I’ve seen young ladies with a bigger pair of shoulders. He has no structure, no frame to mess with the ‘Gypsy King’ at 20 stone entering the ring with 6’9” and power. He’s got skill and heart and can do 25 rounds. 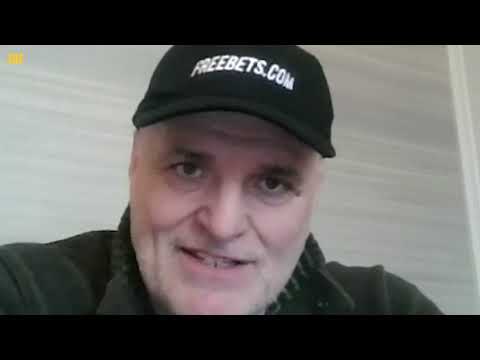 “Usyk is a good little fighter at middleweight and light heavyweight and maybe up at cruiser. He can’t mess with the big guys,” said John Fury, perhaps forgetting that Usyk was undisputed champion at cruiserweight before moving up to heavyweight to defeat Derek Chisora, Chazz Witherspoon & Anthony Joshua.

“I’m sticking my neck out to say not at the minute, no,” said Fury when asked if anyone can beat Tyson. “Joe Joyce, a big strong man, ‘The Juggernaut,’ he doesn’t have the skills to beat Tyson, and Tyson can box for 12 rounds on the back foot and front foot.

“Joe Joyce would be there all night, coming forward, chugging away, one-paced. What he does best, and that really takes Joe Joyce out of the equation, doesn’t it?” said John Fury.


« Regis Prograis on Ryan Garcia: “He needs to worry about Tank”

Devin Haney bigger than Terence Crawford: Can he make 135 for Lomachenko on May 20th? »