Benn isn’t expected to be the next opponent for Eubank Jr (32-3, 23 KOs), who appears to have his mind set on trying to avenge his fourth round knockout loss from last Saturday night against Smith (33-3-1, 20 KOs).

It was unexpected that Liam, a fading 154-pounder rarely talked about when one mentions top fighters at junior middleweight, would come in and destroy the 33-year-old Eubank Jr the way he did.

With that said, Eubank Jr had only fought two good fighters in his twelve-year career, George Groves & Billy Joe Saunders, and was outboxed, losing both fights by decisions.

It’s not only the weak opposition that Eubank Jr has fought that has hurt his development. He’s also not been an active fighter since his loss to Groves in 2018, fighting just six times in the last four years, primarily against lesser foes that were nowhere near the top five.

What was surprising is Eubank Jr made Liam Smith look like an elite-level fighter, and the fact is, he’s not at 154.

“A lot of people came out after and said, ‘Thank God the Conor Benn-Eubank fight didn’t happen at 157.5,’ because Conor Benn, in my opinion, punches harder, faster, and more spiteful than Liam Smith, and we really believe he would win that fight, and he believes he would stop Chris Eubank Jr,” said Eddie Hearn to iFL TV about a Conor Benn vs. Chris Eubank Jr mega-fight. 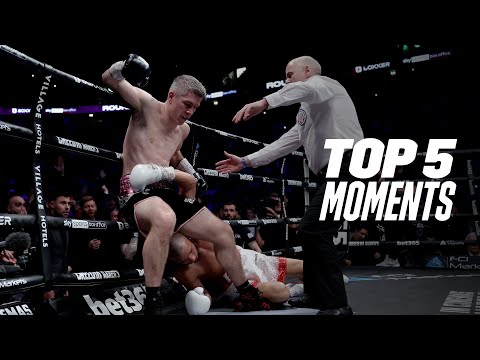 “You saw from Saturday; I believe he would be a massive favorite going into that fight. So, I don’t know if Eubank Jr would want to fight someone like Conor coming off that defeat.

“It’s a massive fight, and it always will be, but he has a very difficult decision. It’s not my decision, we have nothing to do with him, but if he was my fighter, I would be very concerned about fighting Conor Benn next. Styles make fights, and Conor is going to stand in front of him and trade, and it’s going to be an absolute war.

“Liam is a little bit cuter, and I don’t know. It’s still a good fight [Eubank Jr vs. Benn], but it wouldn’t be Team Eubank right now, thinking, ‘I want to get in the ring with Conor Benn,'” said Hearn.


« Eddie Hearn says Yarde must “gamble” against Beterbiev to win