By Dan Ambrose: Caleb ‘Sweethands’ Plant and David Benavidez traded trash talk today on Instagram ahead of their fight on a still determined date in March. Benavidez (26-0, 23 KOs) says he wants to break Plant’s face when he gets him in the ring.

Benavidez let Plant know that the talking that he’s doing won’t see him when he meets up with him because he’s going to break his face.

The manager for the former two-time WBC super middleweight champion Benavidez says he will match him against WBA ‘regular’ 168-lb champion David Morrell once he gets past  Plant.

There’s also a chance that Benavidez could fight Canelo Alvarez in September. If Canelo chooses to avoid Benavidez, he could be stripped of his WBC title.

Caleb Plant: There are wolves, and there are sheep, and if you don’t know which one you are, then you aren’t a wolf 🐺”

David Benavidez: “All that s**t talking ain’t gonna save you when they put you in that ring with me @calebplant you gonna see a real Mexican monster that night and I’m going to put your a** back to sleep 😂😈” said Benavidez300. “I’m going to break Caleb Plant’s stupid a** face 😂💀”

Caleb Plant: “Only thing you’ll be doing is gathering carts out the parking lot in that collared shirt after we fight chunky dunky.”

Plant vs. Benavidez in March

“It will be in March,” said Benavidez’s manager Sampson Lewkowicz to Fighthype about the Caleb Plant vs. David Benavidez fight. “Not yet. We’re working out the date, but it’ll definitely be in March, and it’s going to be a great, great fight. 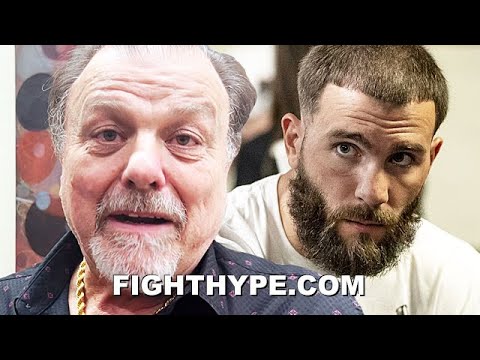 “Hopefully, after. If not, we’ll keep busy. He’s one of the Cuban fighters who has no fear, and he’s made his decision that’s the fight that he wants. Now, Canelo, it could happen in September. If Canelo doesn’t take the fight and Benavidez wins, I’m pretty sure the WBC will strip Canelo.

“Morrell by far,” said Lewkowicz when asked which is the tougher fight for Benavidez between Plant and Morrell. “Both of them are very good fights, but remember, you have a boxer in Plant, and a boxer & a puncher in Morrell.

“Both of them are good fights, but if you ask me which is the tougher one, I have the right to say which one.

“I wouldn’t say it’s a lucky punch. He’s a great fighter, Plant,” said Lewkowicz about Plant’s win over Anthony Dirrell. “That’s the reason he beat Uzcategui. He’s a really good fighter. I don’t underestimate him because he would be a good fight for Benavidez, and it would be on pay-per-view.

“But if you ask me between Morrell and Plant, I would say the power.  It would be a great fight, but it would be a knockout,” said Lewkowicz about the Plant vs. Benavidez fight.

“Late [knockout]. It’s a great fighter, Plant, so it won’t be early. It’ll be very close what happened with Canelo. It’s more than a couple of years,” said Lewkowicz about the bad blood between Plant and Benavidez.

“Normally, you say, ‘I did like this guy’ before to build a fight, but it’s not to build this fight. They hate each other. I never saw animosity like this one.

“Boo Boo Andrade wants to fight everyone, but when he has a shot to fight now, ‘Benavidez, I need a tune-up.’ So, that is my answer. Whatever,” said Lewkowicz when told that Demetrius Andrade is coming off a shoulder injury and wanted a tune-up.

“He had the opportunity to fight Benavidez already, and he decided to go for a tune-up, which I agree with him in a way because he wants to be 100%, and I imagine he won’t be 100% this time, but who knows?

“Definitely, it was a talk [with Andrade]. No contract and he decided to take an interim fight. Now he needs to [get] in line because the first one will be Canelo, Morrell, and Charlo.

“The toughest one would probably be Canelo. That would be the toughest. Morrell, Plant,” said Lewkowicz when asked to rank the toughest fight for Benavidez out of these fighters: Canelo Alvarez, Caleb Plant, Demetrius Andrade, Jermall Charlo, and David Morrell.

“It would have to be an elimination bout between Plant and Charlo. I would say Morrell, Charlo, and Plant. I believe Charlo is a guy that has no fear. He’ll fight Benavidez when the time comes. It’s a sport but a business too.

“Business-wise, it doesn’t pay for them now, but a good pay-per-view by next year, it’ll be really big between Charlo and Benavidez,” said Lewkowicz.