By Jim Calfa: Kenny Porter says Errol Spence Jr is NOT going to fight Jaron ‘Boots’ Ennis. Much to the disappointment of the fans, IBF/WBA/WBC welterweight champion Spence isn’t going to mess with the ‘Big Dog’ and get beaten.

Kenny says Spence is in a position where he can make decisions that Ennis (29-0, 27 KOs) can’t at this stage of his career. With the 25-year-old Boots Ennis having much less time in the pro ranks than the 32-year-old Spence, he will be avoided.

Porter doesn’t say whether Spence will vacate his IBF 147-lb title, but that would be the likely next move. If Errol keeps it, the International Boxing Federation will order him to face Ennis after his April fight.

Boots is righting for the vacant interim IBF welterweight title this Saturday night against Karen Chukhadzhian on the Gervonta ‘Tank’ Davis vs. Hector Luis Garcia card on Showtime PPV.

“Errol is at a level where he can make some decisions that Jaron can’t make at this point. He hasn’t got there yet. So, no, they’re not going to fight. It’s not going to happen. I’m going to favor the ‘Big Dog,‘” said Porter when asked who he favors in a Spence-Ennis fight, meaning he’s favoring Boots to win. 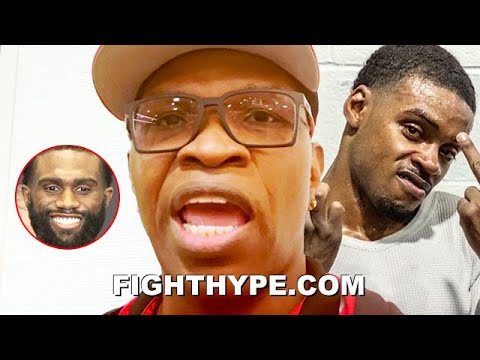 It will be interesting to see who Spence fights in April and in the second half of 2023 if he competes twice this year.

Keith ‘One Time’ Thurman’s name keeps getting mentioned, but it’s possible that Spence might choose to move up to 154 and make a fresh start up there. That division is a weak one where Spence can immediately hit the ground running and have immediate success.

“I’m sold, but I still want to see it,” said Kenny when asked if he’s sold on Jaron Ennis. “It’s like when you buy a new car, and it looks good in the showroom, and you drive it home nice and easy, but you still want to put it on the highway.

“I’m definitely sold, but I want him to put his foot on the gas pedal,” said Kenny.


« Who Was the Hardest Hitting Heavyweight in Boxing?