By Charles Brun: Otto Wallin believes that Oleksandr Usyk & Joe Joyce can give Tyson Fury problems with the skills that they possess.

Wallin points out that Usyk wasn’t too small to defeat the 6’6″ Anthony Joshua, who is a heck of a lot faster and more powerful than Fury.

If Usyk’s lack of size didn’t hinder him against Joshua, it shouldn’t be an issue against Fury, who isn’t a great outside fighter and lacks power.

If you remove the excess fat that the 270-lb Fury is carrying around, he’s probably not that much heavier than Usyk. At best, Fury is around 230 lbs when you remove the fat on his frame.

Fury has slowed down in recent years due to age creeping in, and his coach Sugarhill Steward teaching him to use his size to maul his smaller opponents to tire them.

Luckily for Fury, he hasn’t fought anyone with inside skills that would take advantage of his mauling by nailing him with point-blank shots to the head to get him to quit using this tactic.

The slow-plodding Derek Chisora was the type of heavyweight that Fury has already done well against, so it wasn’t unexpected that he would have an easy time beating the washed-up 38-year-old journeyman last Saturday.

Fury picked Chisora out obviously for a reason, and it wasn’t because of him being on friendly terms with the old warhorse.

What Usyk has going for him in this fight is his movement, IQ, and the fact that he won’t be a stationary target for Fury to wrap him up in a bearhug to lean on him all night like he tends to do with his immobile, less intelligent opposition.

Wallin (24-1, 14 KOs) gave Fury a run for his money three years ago in 2019 in a fight that he would have likely won had the contest taken place on neutral grounds.

“It’ll be very difficult, of course. Usyk is smaller,” said Otto Wallin to iFL TV, when asked about the size disadvantage the 6’3″ Oleksandr Usyk will have against the 6’9″ Tyson Fury. 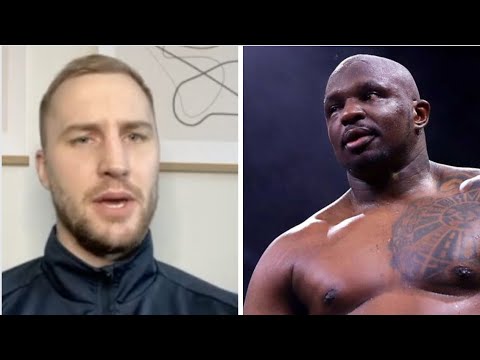 “When he was in the ring there [with Fury last Saturday night], I didn’t think that he was that small, but we’ll see. They said he was going to be too small for [Anthony] Joshua also, but he wasn’t.

“Fury is always going to be the favorite for me, but you can never rule it out. He [Usyk] might pull it off. He’s a smart fighter and has been in boxing for a long time. He has a lot of experience. It’ll be very interesting. I want to see the fight, of course.

“Fury is a really smart fighter. He’s going to try and outbox both guys, and maybe try and push them back also,” said Wallin when asked what is the harder fight for Fury between Usyk and Joe Joyce.


« The forgotten losses of Agit Kabayel