By Brian Webber: Tyson Fury weighed in at 268.6 lbs at Friday’s weigh-in for the title defense of his WBC heavyweight title against challenger Derek Chisora at Tottenham Hotspurs Stadium in London.

Chisora (33-12, 23 KOs) looked in great shape, weighing in at 260.7lbs for his trilogy match against Fury on BT Sport Box Office in the UK and live on ESPN+ in the United States. 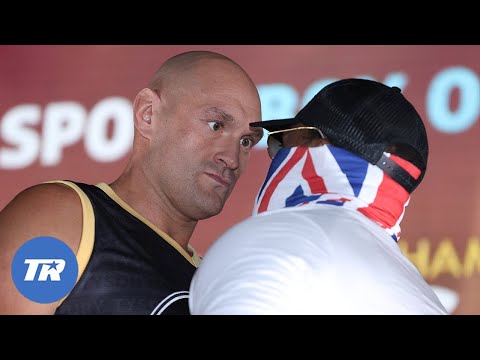 During the face-off, Fury (32-0-1, 23 KOs) appeared to be trying to give the appearance of a beef with his old friend Chisora, but it looked incredibly feigned.

Fury isn’t a good enough actor to create the appearance of a beef with the 38-year-old Chisora. After all, this is a guy that Fury hand-picked because he wanted to give him a final payday to send him into retirement with a golden parachute for a soft landing.

“I’m excited, but I’m not over the moon. I do this every day,” said Derek Chisora after weighing in on Friday. “Trust me; tomorrow, it’s going to be electric.”

“If he gets hit a couple of times in the first round, he’ll be told by his corner Sugarhill to ‘get back on your toes and move around,'” said Carl Frampton to BT Sport Boxing about Fury in what could happen early on with Chisora.

Other weights for Saturday

“I went to the one before [in 2014] where Fury just jabbed his face off for the whole fight,” said Joe Joyce to Boxing Social about his thoughts on Saturday’s Tyson Fury vs. Derek Chisora 3 rematch.

“Fury back then was different, and so was Chisora. Fury is a lot cagier. You’ve seen him with Dillian Whyte, where he stepped in with an uppercut to finish it.

“He’s sitting down on his punches, and he’s got some power. He’s a natural heavyweight. The thing about Chisora is he always brings excitement in the press conferences, and you know he’s always got a chance.

“Is he going to do it this time? In the fights he’s lost, he’s always been against top-level opponents and gave it a war. We’re in this sport for entertainment, so he gives it.

“That would be one of the biggest upsets,” said Joyce when asked would it would mean if Chisora pulled off an upset by beating Fury on Saturday night. “Perhaps that’s the excitement that people are looking for.” 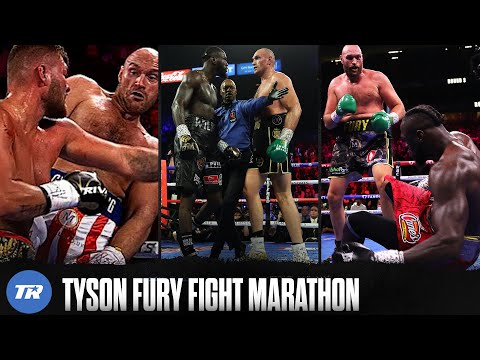 
« Teofimo Lopez on Josh Taylor: “I’ll knock him out”