On paper, a fast knockout victory for Inoue would seem to be a foregone conclusion, considering Butler has already shown to have a shaky chin, and he’s got no power to speak of to try and keep ‘Monster’ off of him. 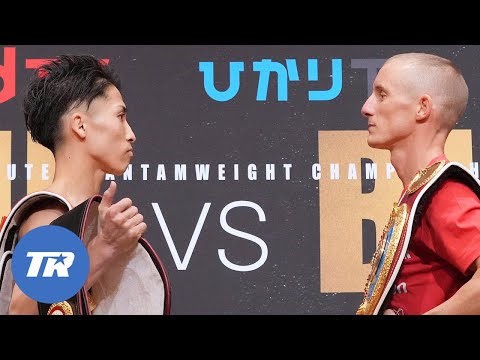 Assuming Inoue blasts Butler out, this is said to be the last fight for the Japanese start at bantamweight before he moves up to 122 to go after the four titles in that division.

Inoue could quickly become the undisputed at super bantamweight as well after two fights against the champion Stephen Fulton [WBC & WBO] and Murodjon Akhmadaliev [IBF & WBA].

Beating those guys will likely be a lot harder for Inoue than doing a job on Butler, as they’re talented, powerful, and young.

The 33-year-old Butler (34-2, 15 KOs) has got a major fight on his hands going up against the unbeaten knockout artist Inoue (23-0, 20 KOs), and it’s going to require a minor miracle on the Brit’s part for him to pull off the upset.

You can argue that Inoue’s last knockout victim, Nonito Donaire, would make easy work of the light-hitting Butler, which tells you what he’s up against on December 13th.

It’s unclear how many of Butler’s loyal British boxing fans will follow him to Japan to help root him on. If only a small number of fans bother to come to see Butler, he’s going to be out there pretty much on his own, facing the biggest puncher in the 118-lb division without much support. It doesn’t look good for Butler.

Butler and Inoue have a common opponent in Emmanuel Rodriguez. While Butler was soundly beaten by Rodriguez by a lopsided 12 round unanimous decision in 2018, ‘Monster destroyed the Puerto Rican in two rounds in 2019.

Based on how the two fighters dealt with the same fighter, it doesn’t look good for Butler.

“I’ve been boxing for over 20 years, and all the successes and setbacks have led me here, to the biggest fight of my career, with the biggest prize in the sport on offer,” said Butler.

“I am under no illusions as to the size of the task that faces me, but I have been going to bed dreaming of becoming the undisputed bantamweight champion of the world.”