By Sean Jones: Eddie Hearn revealed last Saturday night that Canelo Alvarez would “probably be fighting John Ryder” next May when he returns to action. This won’t win Canelo too many new fans.

Fighting Ryder won’t be a popular move on Canelo’s part because fans want to see him try and avenge his loss to Dmitry Bivol. Canelo will bring a smile to Hearn’s face by fighting the 34-year-old Ryder because he’s part of his Matchroom Boxing stable. Alvarez fighting Ryder is a win-win for Hearn.

Ryder has little power or speed, and he’s not a threat to beating Canelo. In other words, this is another gimme for Canelo, similar to the fights he had in 2020 and 2021 against Billy Joe Saunders, Avni Yildirim, and Caleb Plant.

Bivol has been waiting for Canelo to take the rematch with him since he whipped him seven months ago, and he’s both surprised & amused by how the Mexican superstar has made excuses for his defeat and has put off the second fight.

Some say Canelo will milk his career from this point on, making easy money fighting overmatched fighters while avoiding real threats.

This move further reinforces the view boxing fans have that Canelo is doing all he can to avoid a rematch with Dmitry Bivol and a fight against David Benavidez. Since losing to Bivol (21-0, 11 KOs) last May, Canelo has been stalling to take the rematch. 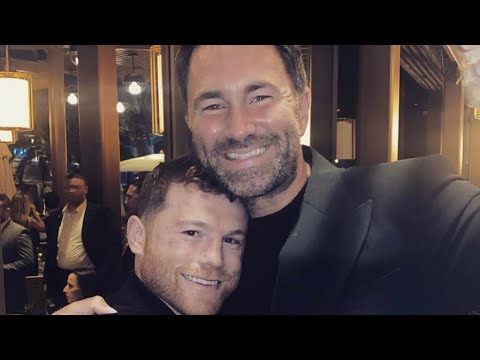 “I think it’ll be Ryder. I’d love to see him fight in London,” said Eddie Hearn to Fino Boxing about Canelo’s next fight. It would be just huge in London. “He would never duck one fighter.”

Fans would respect Canelo more if he’d just take the fight with Bivol, and deal with what may come from that fight.

If Canelo isn’t good enough to beat Bivol, it’s not going to help delay the fight until late next year.

Unlike what Canelo did by stalling for the fight with Gennadiy Golovkin until he was old & shot, he can’t do this with the 31-year-old Bivol because he’s younger than him. Canelo is the one that will be negatively impacted by putting off the fight with Bivol, and he could end up getting knocked out if he waits too long.

Joe Joyce on Tyson Fury: “I believe I can beat him” »