Devin Haney vs. Vasyl Lomachenko to be announced soon

By Craig Page: Bill Haney says he thinks there would be an announcement soon on his son, undisputed lightweight champion Devin Haney (29-0, 14 KOs), and #1 WBC Vasyl Lomachenko.

Bill points out that it won’t be him that makes the announcement for the Haney vs. Lomachenko fight because that’ll be up to the promoters to do it.

Lomachenko is the guy that Team Haney has wanted for a long time, and they’re finally getting the fight after ages. It’s good that Haney is getting the fight with the 34-year-old former three-division world champion Lomachenko (17-2, 11 KOs) because he’s almost outgrown the 135-lb division.

If the Lomachenko fight doesn’t soon, Loma will have missed his opportunity unless he were interested in going up to 140 to face Haney in that weight class.

Lomachenko is already small for the lightweight division. The last thing he needs is to go up to light welterweight, trying to get a fight against Haney.

In the meantime, Bill has been taunting Teofimo Lopez Sr by putting posting videos of him trying to locate him to talk about putting a fight together with Teo and Devin.

Teofimo Jr has his hands full with his fight against Sandor Martin on December 10th on ESPN+, and he might lose to that guy. If Teofimo gets beaten by Sandor, he might as well retire like Mikey Garcia did after he lost to the Spaniard fighter.

“I think we could have an announcement soon,” said Bill Haney to Fighthype about the Devin Haney vs. Vasyl Lomachenko fight. “If I did know the date, I wouldn’t say nothing because that’s not my job to announce it. My job is to try and deliver it,” said Bill. 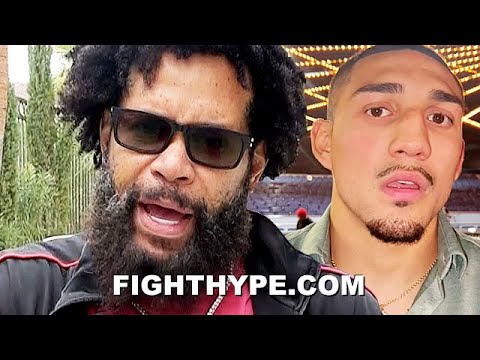 “He hopes I don’t come looking for him, and I don’t say nothing. He hasn’t answered my phone call, but then when he gets a camera in his face, he says everything else but fight.

“I think Teofimo Jr is a hell of a fighter. I’ve always said that it would be a great fight between him and Devin. We can always have fun taunting these guys before the ink is dry for the fighter that we’re going to fight.

“Everybody knows the biggest fights are the fights that get made. Similar to what you saw with Tank and Ryan Garcia. They said they were negotiating, but they ended up fighting somebody else.

“I want them to get back to the confidence,” Bill said about Teofimo to the way he used to be before he lost to George Kambosos Jr. “I didn’t know he was going to start getting confident and talking that bull s**t.

“It would be good for him to pick on somebody else and work his way up. We’ve been looking for him,” said Bill about his son Devin been looking to get a fight against Teofimo.

“That fight, I go to start salivating at the mouth and s**t. That’s how hungry we are to take care of that grudge match with them guys. He has Sandor Martin [on December 10th], and we have Lomachenko that we’re in the process of negotiating a fight for.

“I don’t know where the hostility is from Tank when Devin got Lomachenko off your a**. Where would the hostility be with Teofimo? The only thing Devin says is it would be a great event for the people.

“We picked up every belt [at lightweight]. Starting out embracing the email belt was a beautiful thing by Devin,” said Bill.