By Barry Holbrook: Derek Chisora is bitter despite being given the opportunity that he didn’t earn for a world title shot against WBC heavyweight champion Tyson Fury.

The 38-year-old Chisora (33-12, 23 KOs) says the sole reason he’s getting this fight is because of Fury, as he told his promoters he wanted him, and they went along with it.

Chisora states that Bob Arum, Frank Warren, and ESPN didn’t want to give him the opportunity for the Fury (32-0-1, 23 KOs) fight. If what Chisora says is true, can you blame them? Chisora’s recent record is 1-3 in his last four fights, and he’s ranked near the bottom of the WBC’s top 15.

Derek’s only win in the last three years was a questionable 12 round split decision over 41-year-old Kubrat Pulev last July in London. He performed horribly in that fight, looking like he was fighting in slow motion.

None of the other three sanctioning bodies has Chisora ranked in their top 15, and why would they? Losing three out of his last four fights is reason enough not to have him in the top 15.

Fury could have picked almost any heavyweight in the top 15, and the fans would have reacted better. It would have a world of difference in terms of ticket sales and pay-per-view numbers if a better heavyweight selected were by Fury for his December 3rd fight.

Moving forward, you got to hope Fury doesn’t continue to select his opponents himself rather than letting his promoters do their job because he’s hurting his popularity.

It was bad enough that Fury’s last opponent was Dillian Whyte, a guy that had been recently knocked out by 40-year-old Alexandr Povetkin. Chisora is a shorter version of Whyte and just as poor.

“Tyson came out and said, ‘This is a fight I want to do. Take it or leave it.’ They [Warren and Bob Arum] didn’t want it. This is all Tyson. This is not them. Tyson just told them, ‘This is what I want. Do it now.’ That’s it. They didn’t want to be here. That’s the honest truth. 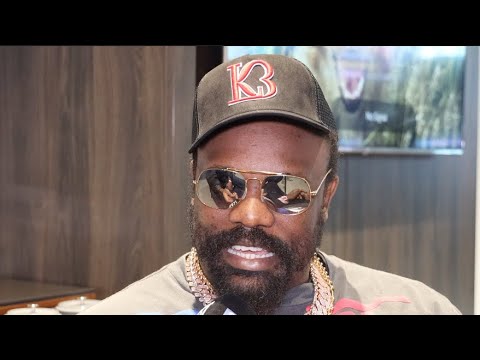 “Because that’s how life is, bro. That’s how people are,” said Chisora when asked why they didn’t want him as an opponent for Fury. “We’re only here because of Tyson Fury. We’re not here because of Frank, Bob Arum, or any of these other big guys at the top.

“I’m here because of Tyson Fury. Yes, we’ve changed 100%. He’s changed, I’ve changed,” said Chisora about him and Fury changing since the last time they fought in 2014. “It’s going to be a great fight.

“The style he’s trying to get, he’ll get it right,” said Chisora when asked about Dillian Whyte’s fight last weekend against Jermaine Franklin. “There were some rounds he boxed better and other rounds he didn’t fight the right way. He got the victory.

“I can see you’re trying to get me to talk s**t about him. I can’t. Why should I? He got the victory. We know why he won because they want to get the AJ fight going on. That’s what happens when you fight on Eddie Hearn’s shows.

“What is DAZN producing? There are more YouTuber fights on DAZN than professional fights. Guess what we’re watching? Youtuber fights,” said Chisora taking a shot at DAZN.


« Devin Haney vs. Vasyl Lomachenko to be announced soon