Devin Haney vs. Shakur Stevenson agree to move Lomachenko to the side

By Chris Williams: Undisputed lightweight champion Devin Haney’s father/manager/trainer Bill Haney and Shakur Stevenson have agreed to move #1 WBC Vasyl Lomachenko out of the way so that a fight can be made.

Bill made it clear that Haney doesn’t have a mandatory due, and he can fight anyone he wants next, and they want the best.

What’s unclear is if Top Rank boss Bob Arum, which has Haney signed with them for one more fight, will agree to let him fight Shakur next instead of Lomachenko. That’s a fight that Arum has talked about wanting to make for some time.

If all of a sudden Shakur jumps the line to challenge Haney for his four belts, what happens to Lomachenko? He almost lost his last fight against Jamaine Ortiz, and he might get beaten by someone if he has to wait for the smoke to clear from a Haney vs. Stevenson fight.

Speaking with H Money, Bill Haney agreed that Stevenson (19-0, 9 KOs) was the “baddest mother f***ker” at 135, aside from Haney, and they want to fight the best. 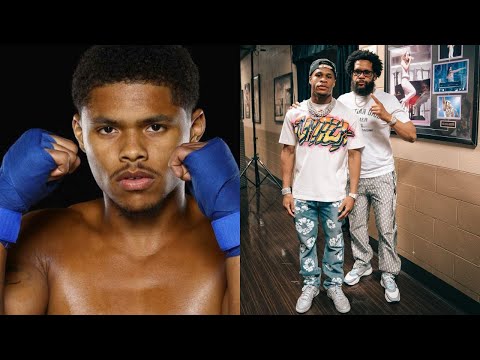 “So if the baddest mother f**er say, ‘Lomachenko, move out of the way.’ So how do you think we’re going to stop you from moving up the line?

Shakur: “I didn’t know it worked that way. I just thought I was the mandatory for the fight with Pitbull. If you’re telling me right now that you can move Lomachenko out of the way and you can fight me, we can do that.”

Bill: “I’m telling you that Lomachenko isn’t the mandatory. It wasn’t no mandatory.”

Shakur: “But y’all built up a fight with Lomachenko. We can choose you.”

Bill: “All you got to do is go Top Rank move him out of the way, and you in front. That’s it.”

Shakur: “Me and you can go together. That would be on y’all to set it up, and we can do it that way.”

Shakur: “So that’s what it is. We ain’t got nothing else to talk about. I can go to my manager James Prince and say that out of your mouth that we can move Lomachenko out of the way, and you can fight me. I didn’t know that. I kept hearing Lomachenko and Devin. I thought that was the narrative.

“I didn’t even know that I could just skip the line. Devin has got the belt, so y’all have the power to choose between that.”

Bill: “We didn’t just have the power. We went and got in the ring with Lomachenko. He didn’t come looking for us. When we got in the ring, he said that he [Devin] was a heavyweight.”