By Jack Tiernan: John Ryder can help his chances of getting a title shot against undisputed super middleweight champion Canelo Alvarez by defeating Zach Parker on November 26th in their fight for interim WBO 168-lb title at the O2 Arena in London.

Ryder (31-5, 17  KOs) can make a lot of money if he can beat Parker (22-0, 16 KOs) and possibly get picked by Canelo. Matchroom Boxing promotes both fighters, which makes things easier for Ryder to be the one that’s selected by Canelo.

It will be hard for Ryder to defeat Parker because he’s in the prime of his career, powerful and young at 28.

Ryder’s recent upset win over 35-year-old Danny Jacobs came against a fighter that was no longer the spring chicken that he’d been years earlier when he gave Gennadiy Golovkin and Canelo Alvarez all they could handle.

Canelo said on Wednesday that he’ll be taking a tune-up fight next May to test out his surgically repaired left hand before challenging WBA light heavyweight champion Dmitry Bivol in September.

It’s good that Ryder isn’t assuming that he’ll be getting the Canelo fight because he might not, and he can’t afford to overlook Parker for a second because this is a dangerous foe with size.

Ryder has the experience going for him, but he’s still facing a guy with power in both hands who is firing on all eight cylinders at this stage of his career.

“I read that he obviously wants to fight Bivol, but then he’s got to take a warm-up fight in the meantime in May,” aid Ryder. “It may be an IBF mandatory. I’m sure he has mandatory’s in line to take care of, so he’s got to prioritize them. So if he wants to do it for the IBF, I’m sure he’ll do that.

“He wants to keep hold of all the marbles and be undisputed at two weights or whatever concurrently, so who knows? But I’m fully focused on fighting Zach Parker and beating Zach Parker, and then we’ve still got a good title to go and defend against and other good fighters.

“Because nothing outweighs experience,” said Ryder when asked why he feels he’s going to defeat Parker on November 26th.

“I’ve got tons of experience that I’ve earned from winning, losing, being had over whatnot, and every day is a school day for me.

“I will never stop learning in this game.   I’ll always use experiences to draw off to raise my game,” said Ryder. 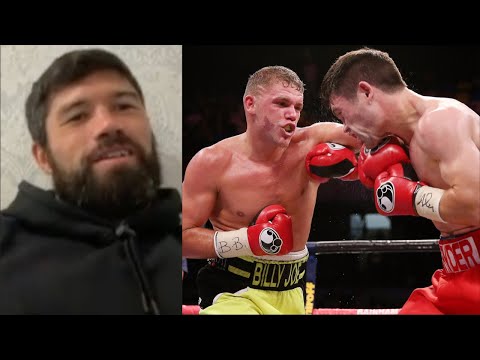