By Allan Fox: Jermall Charlo surprisingly called out WBA light heavyweight champion Dmitry Bivol tonight, saying he wants him next for when he returns to the ring in February.

WBC middleweight champion Jermall (32-0, 22 KOs) and Bivol met last Saturday night when the two were in attendance for the Regis Prograis vs. Jose Zepeda fight at the Dignity Health Sports Park in Carson, California.

Charlo immediately asked Bivol (21-0, 11 KOs) if he wants to fight him next, and he said he would. Bivol agreed to face Charlo at 168 without a belt.

“Do you want to fight me?” said Charlo. “Yeah, why not?” said Bivol in response

What was interesting is that Charlo was BIGGER than Bivol when the two stood next to each other, which is surprising given that Jermall fights in the 160-lb weight division and Dmitry at 175. 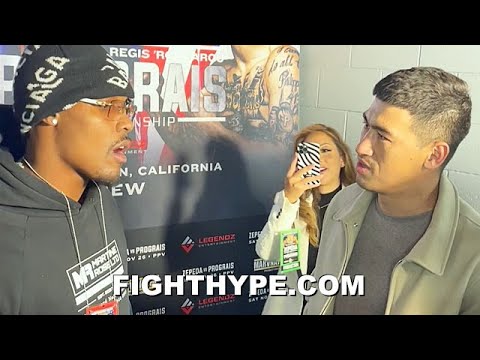 Some fans would argue that Jermall has been a weight bully all these years, fighting in a division well below his body size rather than competing at 175 in a weight class designed for his frame.

If Jermall is serious about wanting to fight the undefeated Bivol (21-0, 11 KOs) in the first quarter of 2023, he’s going to need to move up to at least the 168-lb division for that clash to have a realistic chance of happening.

It makes sense for Charlo to face Bivol because if he can defeat him, it would put him in a position to face the undisputed super middleweight champion Canelo Alvarez next September.

“I’m 100%. I’ll be back next year,” said Jermall Charlo to Fighthype when asked how his injured back is doing. Thank y’all for keeping it locked. I’m back. I’m back and fully fit.

“I want Bivol next. Bivol, where your a** at? He was over here calling me out,” said Jermall.

Canelo is taking a tune-up in May to get him ready for the rematch with Bivol, but he might change his mind about that fight if Jermall can beat the Russian fighter first.

Fighting Bivol would be a win-win situation for Jermall because he would have nothing to lose in taking that fight.

If Charlo gets beaten by Dmitry, boxing fans won’t give him too much grief about it because he would have lost to a fighter two divisions above him at 175.

No one will blame Jermall for losing to a fighter with a natural size advantage over him, like Bivol. If Charlo beats Bivol, he’ll get tons of praise from fans, and on top of that, he would earn the fight with Canelo in September.

Staying at 160 doesn’t have the same payoff for Jermall. The division is dead, and he’ll eventually get beaten by one of the top contenders due to him getting older and only fighting on rare occasions.

Charlo hasn’t defended his WBC title in seventeen months, and he will likely be required to face his mandatory Carlos Adames next if he wants to keep his belt.

Immediately after the fight, the unbeaten Jermall seemed to be in a mad hurry to leave. 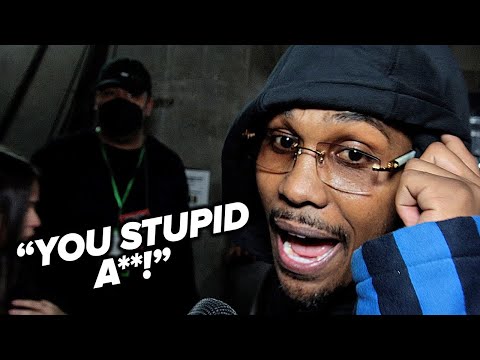