Franklin’s trainer: Whyte is a “Wounded lion, we’re going to finish him off”

By Scott Gilfoid: Jermaine Franklin’s trainer Jesse Addison says Dillian Whyte is a “wounded lion,” and they’re going to “finish him off” on Saturday night in their 12-round fight on DAZN.

Whyte got all worked up in response to Addison’s comments about him, and he started yakking nonstop, not letting the trainer say his thing.

Dillian wouldn’t shut up and needed to be muzzled so that Addison could describe what would happen to him on Saturday night when Franklin starts unloading.

Addison pointed out to the media that 34-year-old Whyte (28-3, 19 KOs) has been knocked out in two out of his last three fights, and is like a wounded lion, wandering around the jungle, an easy mark for the younger lions to finish him off.

It’s hard to deny that Whyte resembles an old snaggle-toothed lion with the way he’s looked in his recent fights against Tyson Fury, Alexander Povetkin, and Mariusz Wach.

Dillian resembled a ham & egger in those fights, and, surprisingly, British promoter Eddie Hearn has chosen to re-sign the fading old lion.

Obviously, this is a move to use Whyte as a punching bag to make Anthony Joshua look good before he’s ripped apart by Deontay Wilder next year.

“Definitely a knockout victory. We’re here in England; he has friends here, so we want to secure the victory,” said Jermaine Franklin’s trainer Jesse Addison during today’s final press conference for Saturday’s fight with Dillian Whyte.

“He’s [Whyte] been knocked out two times in his last three fights. He’s a wounded lion. This man [Jermaine] is undefeated. So we just going to finish him off, that’s all. 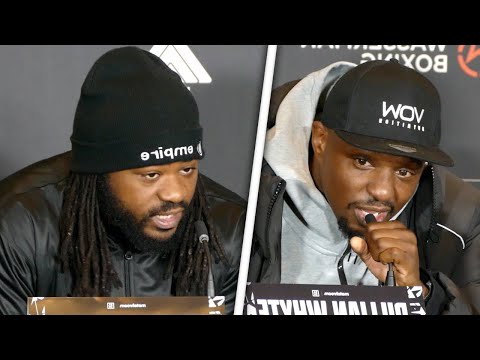 “We want to make sure we take the judges out of the equation, and Jermaine’s fists are going to be the judge. He’s [Whyte] mumbling now, but after the fight, he won’t even be able to mumble.

“We going to see when you get off your a**. He’s triple retarded. We’re going to take full advantage of this opportunity that we got. His professional career has been built on the road.

“It’s nothing new to us. We grew to this,” said Addison.

I don’t know what Hearn is babbling about with him saying that Whyte is the “elite level.” He’s not anywhere elite level, and he never was.


« Eddie Hearn: “I expect Dillian Whyte to win” by knockout against Jermaine Franklin