Eddie Hearn: “I expect Dillian Whyte to win” by knockout against Jermaine Franklin

By Scott Gilfoid: Matchroom head honcho Eddie Hearn is predicting a knockout victory in a “statement fight” for the ‘wounded lion‘ Dillian ‘The Body Snatcher’ Whyte this Saturday night against the hard-hitting American Jermaine Franklin on DAZN at the OVO Arena in London, England.

At this point in Whyte’s career, he’s a shot old guy, totally depleted, being put in a position to get a money fight that he doesn’t deserve against Anthony Joshua.

Hearn feels that it’s too much of a step up for the 29-year-old Franklin, the one who has never tasted defeat and is coming in to finish off what’s left of the sinking career of the 34-year-old Whyte (28-3, 19 KOs).

Hearn says Franklin will get a shot at Anthony Joshua if he wins on Saturday, but it’s more likely he’ll be brought back to the UK for a rematch with Whyte.

There’s little chance that Hearn will let Franklin ruin what’s left of Whyte’s shattered career to take the money fight against Joshua in the first half of 2023.

Hearn wants Dillian to be the guy that faces Joshua, not Franklin. As such, if the American wins on Saturday, he likely won’t get the Joshua fight, as Hearn has said he would. Franklin will be dragged back to the UK to fight Whyte a second time if defeats him this Saturday.

Whyte has lost two out of his last four fights and lives off the success he enjoyed many years ago. That fighter no longer exists, and he’s now reduced to the level of being carefully matched against an obscure fighter from the U.S. in hopes that if he can win, he’ll be used as a prop for Anthony Joshua next year.

“I’ve been struggling to get it out of Jermaine Franklin. He’s been very cool & calm. ‘I know what I’m going to do. I’m going to let my boxing do the talking,’ and then the coach started piping up. Oh, I like this,” said Eddie Hearn to Fighthype about today’s final press conference for the Dillian Whyte vs. Jermaine Franklin fight on Saturday night live on DAZN.

“The main message from the coach was, ‘You’re a wounded lion. You just got knocked out [by Tyson Fury]. You’re damaged goods, and we’re going to do it again.’

“I was like, ‘Oh wow, you’re brave.’ You forget that Dmitry Salita was a fighter. Otherwise, you’d fancy your chances against him. There’s a lot on the line. I think Dillian Whyte is under pressure in this fight, of course. He must win this fight.

“Jermaine Franklin is chilled. It’s a massive opportunity for him. It’s been ten years that they’ve been waiting for this opportunity. He’s ready to throw down on Saturday night.

“I think Dillian Whyte wins the fight, but he might have to get off the floor to do it,” said Hearn. “I think Franklin has got good feet, he’s got good boxing IQ, and I think he’s a dangerous fight.

“At the same time, we don’t know how the occasion and the level of opposition will affect Jermaine Franklin. He’s never boxed at this level before. Golden glove champion, a great amateur, 21-0, etc., but you’ve got to put it together on the night. That’s the unanswered question about this fight.

“I expect Dillian Whyte to win this fight by knockout and make a statement. I think he looks good, he looks healthy, and I think he wants to put himself in position for a massive fight in 2023,” said Hearn. 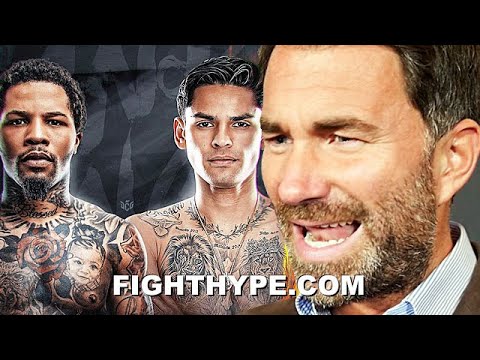 Franklin’s trainer: Whyte is a “Wounded lion, we’re going to finish him off” »