Eddie Hearn on Conor Benn: “I have doubted his innocence”

By Barry Holbrook: Eddie Hearn has come out to admit that he’s doubted Conor Benn’s innocence after his two positive tests for the banned PED clomifene ahead of his canceled fight against Chris Eubank Jr.

In what appears to be a sign of Hearn distancing himself from the fray, he’s repeatedly said that it’s up to the 26-year-old Benn (21-0, 14 KOs) to prove his innocence.

In light of Benn’s second positive test for clomifene, it’s going to be more difficult for him to use contamination as an excuse to get out of the predicament he finds himself in.

“I’m very dubious about any of that stuff. I’ve experienced a dozen times,” said Eddie Hearn to Secondsout when asked if he doubted Conor Benn’s innocence when he found out about his two positive tests for PEDs.

“There are a lot of things that go on contractually, and in this instance, him requesting VADA testing that make you realize. I’m not being funny, but sometimes you say to a fighter, ‘We’re going to do VADA testing.’

“If a fighter turns around and says, ‘Oh, are you?’ But when a fighter comes to you and says, ‘Make sure we’re all on VADA. Get him on VADA as well,’ and Eubank said the same thing, by the way.

“When the result comes in, and I’m looking him in the eye. When people like Tony Sims are virtually living with him, and when I see the results, speak to the experts and to the UFC. They’ve been very helpful around this, and it’ll come out as well; there’s a lot of belief that this man is innocent.

“It’s irrelevant me saying that because the public will say, ‘You’re going to say that.’ So we’ll see what the ultimate decision is. But, yes, I’ve doubted his innocence, and I’ve made my decision based on the facts, based on talking to him, based on knowing him, and based on going through this process that I believe that he’s innocent.

“Now, you can criticize me for that, but it’s none of your business. I’m entitled to my opinion, just like you are. I know 100 times more about this case than you. The process, the results, the lab, the science, and in my opinion, he’s innocent. But what is innocent?

“Is it in his system? Yes, did he meaningful ingest it? I believe no way, but you’ve still got to come up with the answers, and that’s the difficulties he faces now,” said Hearn. 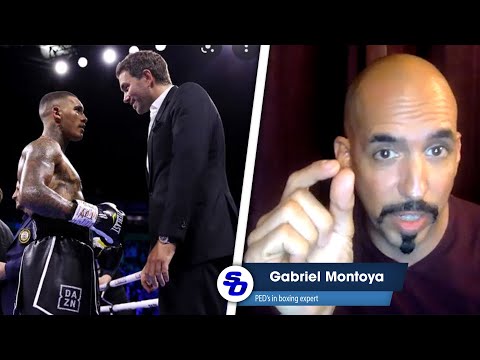 
« Bivol vs. Ramirez – 3 days to go before Saturday’s clash in Abu Dhabi!