By Dan Ambrose: Eddie Hearn says David Benavidez will need to start fighting better opposition if he wants to get a shot at fighting the popular Canelo Alvarez.

Benavidez has complained repeatedly about his inability to acquire fights against Caleb Plant and Jermall Charlo in order to put more pressure on undisputed super middleweight champion Canelo to fight him.

Benavidez doesn’t have a different look to him as Canelo has with the red hair, which arguably helped his popularity early on in his career.

That, in turn, made it easy for Canelo to get fights against well-known fighters early in his career, like Shane Mosley, Floyd Mayweather Jr, Miguel Cotto and Amir Khan.

“Benavidez decided that fighting Uzcategui is a good fight, a strong fight, but come on. You scream for a fight with Canelo; you have to make strong statements,” said Eddie Hearn to DAZN Boxing about what David Benavidez must do to get the fight with Canelo Alvarez.

In other sports, when a team has earned the right to play against another in a playoff or as part of their schedule, the games take place. In boxing, it’s different.

Even when a fighter like Benavidez earns a title shot against Canelo, it doesn’t mean he will get the fight.

As you can see with Hearn, Benavidez still must prove himself by doing the seemingly impossible by forcing the reluctant top fighters to face him regardless of whether they want to or not.

Hearn isn’t impressed with Benavidez’s choice for his next fight against former IBF 168-lb champion Jose Uzcategui in January. Uzcategui (32-4, 27 KOs) has lost two out of his last six fights, with defeats against Caleb Plant and Lionell Thompson.

“Canelo feels that the challenger should deserve the opportunity. He has to force the fight,” continued Hearn.

If Canelo isn’t going to defend his titles against his mandatory challengers, in this case, Benavidez, then the WBC must strip him of his belt.

“Canelo has the best record in boxing, and I don’t understand why people question it. When you have someone like Canelo, who has achieved everything he’s wanted, where is the motivation to fight someone like Benavidez? He’s a good fighter but [Jose] Uzcategui? It’s embarrassing,” Hearn said. 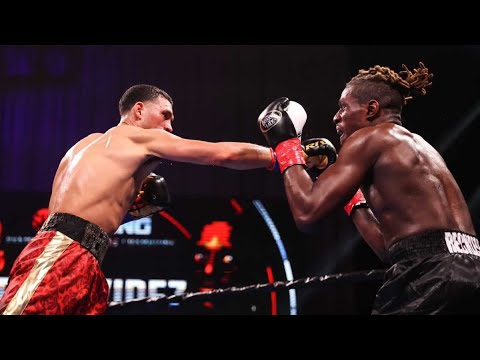 
« Eddie Hearn on Conor Benn: “I have doubted his innocence”