By Robert Brizel, Boxing News 24 Boxing Correspondent: For the first time since Mike Tyson’s Punch Out and the controversial Muhammad Ali versus Rocky Marciano computer fight, which had two different endings, a computer-generated simulated fight has attracted considerable attention since its release during the Pandemic two years ago. This reporter does not agree with its simulated conclusion.

Anthony Joshua and Deontay Wilder, two former world heavyweight champions now available to fight each other, remain a 12 round/ possibility in 2023 The computer-simulated bout favors Wilder. What does not make sense is the construct of the bout, in this reporter’s view.

The bout features furious toe to toe exchanges between Wilder and Joshua, with both combatants engaging in considerable body shot work. It does not stand to reason that A.J. would stand in front of Wilder and go toe to toe for an entire heavyweight bout.

Such an approach would be a no-win scenario from the start. Joshua, in a bout with Wilder, would do quality work from the outside with technical jabs and combinations and considerable footwork on the move. This represents the opposite of what the simulated bout presents. 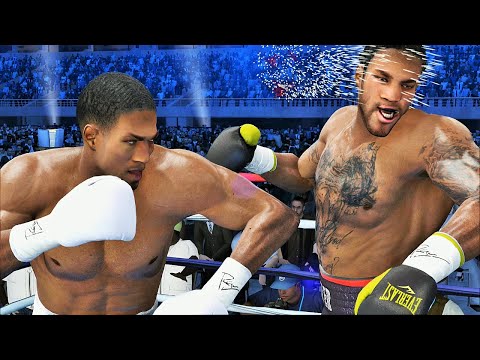 The mustache referee does not represent a recognizable person. Quality commentary by Teddy Atlas adds to the curiosity surrounding the simulation, but Atlas does not qualify for the change in styles represented in the simulation.

Atlas does get one key point correct. If Joshua fights as a counterpuncher, makes Wilder miss, and makes him pay, Joshua can do considerable damage. Joshua decks Wilder on his back in the fifth round, which many viewers would find hard to believe.

Joshua knocks out Wilder with a right hook to the body in the sixth round. Respect be told, Wilder and Joshua could go the distance. The simulated fight is pro-Joshua. However, the simulated bout could light the 2023 fire for a real bout.


« Who Are Your Past and Current Favorite Boxers?