By Sam Volz: Caleb ‘Sweethands’ Plant will quit against David Benavidez in their fight in WBA super middleweight title eliminator March, according to Tim Bradley.

It looked to some like Plant mentally quit during the championship rounds against Canelo, when he started having a dialogue with him during the ninth round.

It was a strange conversation in which Plant asked Canelo for affirmation of his skills, making him seem insecure and needing a confidence boost. Like many boxing fans, Bradley was put off by Plant asking Canelo to validate his ability, and he noted that he was knocked out three rounds later.

Benavidez (26-0, 23 KOs) has the advantages in power, youth, and his ability to pressure. Bradley believes that the pressure from Benavidez will wear down Plant, causing him to quit as he did before against Canelo.

With Benavidez’s power, he could stop Plant outright without the Tennesee native quitting as he did against Canelo.

“Plant has that boxing ability. He’s great, he’s a good boxer, he’s cute with it, but that relentlessness with it, that pressure. It’s tough to bet against a guy like Benavidez,” said Tim Bradley to K.O. Artist Sports about the March fight between Caleb ‘Sweethands’ Plant and David Benavidez.

Plant has excellent boxing skills, but his punch resistance and his stamina are his weak spot. His only chance of beating Benavidez is if he can stay on the move and steal rounds by hitting & running.

“He’s a pressure fighter similar to Canelo. He’s going to be in your grill all night, testing you and making you ask questions. Man, he’s going to take him to that place of submission again,” Bradley said about Benavidez pressuring Plant.

“I always say once a quitter, always a quitter, and I say that about Plant because he was in the fight against Canelo, and he was like, ‘Not bad, huh?’ Then he gets stopped a few rounds later.

“So when the heat comes on, especially in the later half, Benavidez is going to bing, bing, bing, bing. I love [Plant’s trainer] Breadman. Great knowledge of the game. I respect Breadman, but he can’t go in there and fight for Plant,” said Bradley. 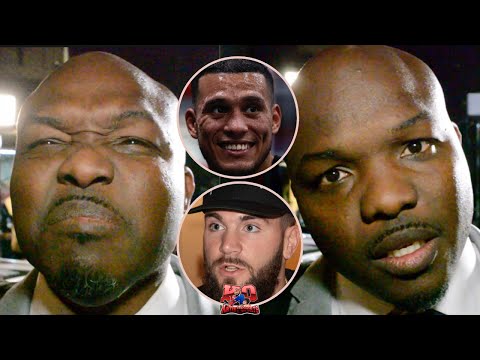 Canelo targeting Bivol rematch next May »