The way that Bivol (21-0, 11 KOs) moved in and out of range and dominated the heavyweight-sized former WBO super middleweight champion Ramirez (44-1, 30 KOs) impressed Bradley.

Ramirez, 6’4″, had the size advantage, but it didn’t matter because Bivol was out of range when the Mexican star attempted to land.

Later in the fight, Bivol figured out that was too quick for Ramirez on the inside, and he worked him over.

Bivol could be facing Canelo Alvarez next in a rematch in May. Whether the fight takes place or not could depend on Canelo’s surgically repaired left hand being ready to go by that point.

“Ramirez came in around 200 lbs, and he [Bivol] backed him up. I’m sitting there. [Ramirez’s trainer] Julian [Chu], you should have called me. I was like, ‘What kind of game plan are you doing? You trying to outbox a boxer? What the hell are you trying to do? And you’re getting pushed on your backfoot from the opening bell?’

“I was blown away. I was like, ‘Oh my God, what is he doing? What are you doing? You’re supposed to be pressing forward, using your size, using your strength, trying to bully this guy.’ Get to him; let those combinations fly. He didn’t do that,” said Bradley about Zurdo Ramirez failing to throw combinations and use his size against Bivol.

“I was saying to myself; I was trying to understand the game plan. It was too late when the shift happen way too late. But Bivol, that’s a bad dude. The crazy thing was that Bivol was the smaller man, but his ability to control distance and still manage to move forward at the same time. That’s brilliant stuff.

“I got Bivol when he fights [Artur] Beterbiev. Man, listen to me. I’m telling you, Bivol knows every aspect of the ring. Against the ropes, he knows all of that. He knows how to get off. His control game is fantastic as well on the inside.

“We said he didn’t have an inside game. Bivol has an inside game; he does. He puts these guys in positions, and then he takes advantage of it, and then he lets his hands go. I’ve never seen Ramirez scared to really put out. He was scared.

“Every time he put out, he was off balance, and Bivol stayed close enough and at the right range to let them hands go. He teed off on him. That defense of Bivol, I’m telling you.

“This dude is my top five pound-for-pound. Bivol is a bad boy. That’s no doubt,” said Bradley when told that Bivol could be the fighter of the year for 2022. “He beat Canelo and then beat a champion with 40-something fights like that and toyed with them?

“Bro, I didn’t think he was going to be able to toy with them like that. Toyed with them, easy work, unreal,” said Bradley. 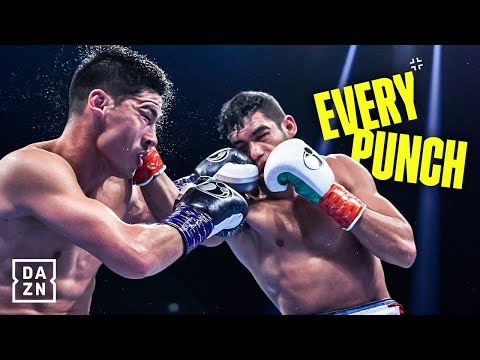