By Charles Brun: Anthony Joshua didn’t like the rude behavior that Tyson Fury exhibited this week in his interview with the well-intentioned True Geordie on YouTube.

Fury kind of lost it when the tattooed host pointed out that he should have fought a better opponent than Derek Chisora for his December 3rd fight on ESPN and BT Sport Box Office at Tottenham Hotspurs Stadium in London.

Instead of humbly agreeing with Geordie and laughing it off, Fury cussed him out at the end of the interview, letting him know that he won’t get the chance to have him again on his show.

It looked so bad. Fury going ballistic on the guy, who was basically pointing out what the average fan has been saying about his wrong-headed decision to trot out the 38-year-old beaten-down old journeyman Chisora as his next opponent instead of a relevant heavyweight that would give the people their money’s worth.

You can argue that it’s been a long, long time since a heavyweight world champion fought a challenger as poor as Chisora, and it looks especially bad given all the great options Fury had.

Old Fury basically could have closed his eyes and picked a better heavyweight from a list than Chisora, but this was his baby. Fury wanted Chisora, and he’d already said that he was going to give him one more fight. As such, it wasn’t an accident that Fury picked Chisora as his token lamb for December 3rd.

This was the guy that he wanted, and I hate to say it, but we could see Fury continue with this kind of cherry-picking in the future unless he fights someone good enough to punch his lights out, like Deontay Wilder.

“We need to conduct ourselves in a better fashion because there are youngsters that are watching us,” Anthony Joshua said to SPORTbible in reacting to Tyson Fury’s rude behavior during an interview with True Geordie this week.

“I just think there’s a way that we need to conduct ourselves. Regardless if the interviewer is prodding us.

“I’m not the judge who can say what’s right or wrong; we just have to try and conduct ourselves in better fashion when we can, when we’re in front of the camera. When we can, just try. Try, try, try, that’s for the up-and-coming fighters,” said Joshua. 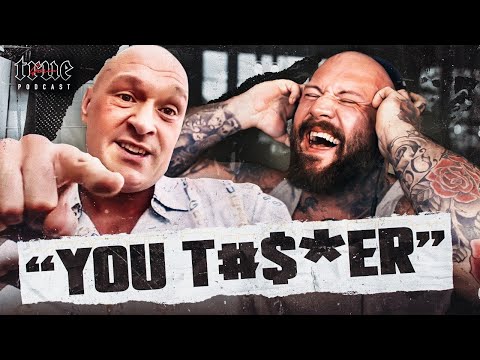 
« “He’s worried about me” – Gilberto Ramirez about Bivol