WBC president confirms Wilder vs. Ruiz to be sanctioned on Nov.8th

Wilder has already said that he’s willing to fight Ruiz Jr in a WBC eliminator. The only thing that would change his mind is if he were to get an offer to fight Anthony Joshua or Oleksandr Usyk.

The winner of the fight will be champion Tyson Fury’s new mandatory, which he will need to defend against next year. Fury just satisfied his WBC mandatory on April 30th, knocking out Dillian Whyte in the sixth round.

The unbeaten Fury now has an entire year before his next WBC mandatory defense is due in 2023.

Wilder (43-2-1, 42 KOs) knocked out Robert Helenius in the first round earlier this month on October 15th in returning from a twelve-month layoff.

For his part, Ruiz (35-2, 22 KOs) defeated Luis ‘King Kong’ Ortiz by a 12 round unanimous decision on September 4th in an exciting fight from start to finish.

“The WBC did sanction two fights as elimination bouts. It was Andy Ruiz against [Luis] ‘King Kong’ Ortiz and Wilder against Helenius. Both winners are to face each other for the final elimination and for the mandatory position in the WBC,” said Mauricio Sulaiman to Fighthype.

“Wilder is a tremendous fighter. He was a WBC champion for five years and defended the title eleven times.

“It was one of the greatest heavyweight fights that I’ve seen. Andy Ruiz is a tremendous fighter. He conquered glory when he knocked out Joshua and then got sidelined by the pleasures of becoming a real hero, but he’s back.

“He had a tremendous outing against Ortiz, and it shall be a sensational match to have the winner be the mandatory for the title.

“Every weight category will be discussed on November 8th of the ratings in the morning, and then the mandatorys will come later on. As you have witnessed, it is an open floor discussion.

“Everybody can come up to the microphone and put their petition and their position. Then it’s voted right there by the WBC board.

“Every position will be reviewed from strawweight to heavyweight, and then we will have a final determination on that date for every position,” said Sulaiman. 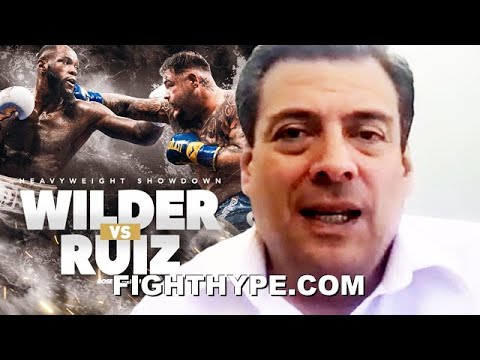 
« Ramirez given a “good shot” of beating Bivol by Bob Arum