Tyson Fury defends against Derek Chisora on Dec.3rd in London

By Charles Brun: WBC heavyweight champion Tyson Fury will defend his belt against his old buddy Derek Chisora on December 3rd at the 62,850-seat Tottenham Hotspur Stadium in London, England.

Fury already beat Chisora in two non-non-competitive fights in 2011 & 2014, and now he’s facing him in a third. 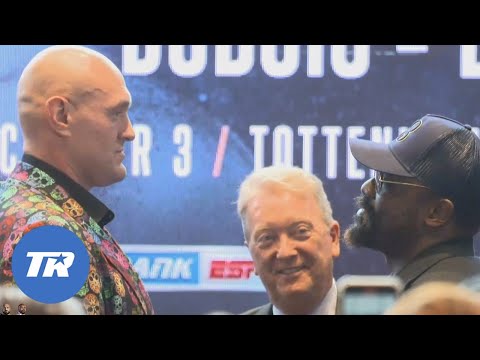 It’s a confusing choice by Fury, but he doesn’t appear to be interested in taking a risky fight against a contender with youth & talent. Hence, Chisora is being trotted out for a third fight against the Gypsy King.

You can argue that if Anthony Joshua picked Chisora as an opponent, he would be raked over the coals by the fans. I imagine Fury will be as well, and this move will hurt his popularity.

Given that this is one of the worst mismatches on paper that we’ve seen from a heavyweight champion in many years, it’s expected that Fury and the 38-year-old Chisora, who has sadly been beaten in three out of his last four fights, are going to be over the top with their promoting of the fight to push ticket sales in hopes of filling up the Tottenham Hotspurs Stadium and bring in pay-per-view buys on BT Sport Box Office in the UK.

In the U.S, Fury-Chisora will be shown on ESPN+ rather than PPV. It was a smart move because American boxing fans won’t be interested in buying this fight in high numbers, as it’s not expected to be competitive.

There’s no word why the smallish 13 WBA Lerena, a former cruiserweight, was chosen for Dubois rather than a higher-ranked contender like Felip Hrgovic or Frank Sanchez.

Given the way Dubois fell apart in a stoppage loss to Joe Joyce in 2020, that might be a reason why he’s being matched against Lerena. Dubois is a good fighter, but it’s troubling that his management has given him another soft opponent after his recent three confidence builders against Trevor Bryan, Joe Cusumano, and Bogdan Dinu.

The plan is for Fury to use the journeyman Chisora as a tune-up to keep him sharp ahead of a potential undisputed clash against IBF/WBA/WBO heavyweight champion Oleksandr Usyk in the first quarter of 2023.

Ideally, Fury should be fighting a younger fighter than Chisora, preferably a mobile southpaw with talent and boxing ability.

You hate to say it, but the slow-moving Chisora is useless in preparing Fury for Usyk, as he’s too slow, easily hittable, and old to get him ready for what’s in store for him when he faces the crafty Oleksander.

Fury should be fighting someone like Frank Sanchez to help him prepare for Usyk rather than the very old Chisora, who has nothing left at this late stage of his career. Years ago, Chisora was a decent bottom-level fringe contender, but not now. 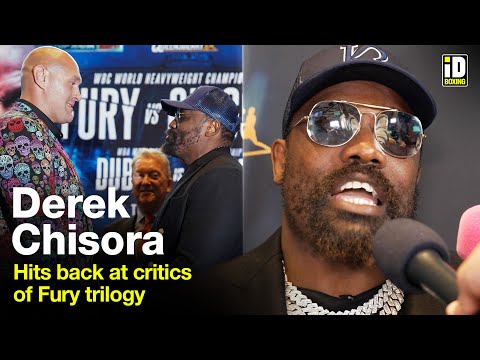 You can argue that this is ego on Fury’s part to face a poor opponent like Chisora rather than a ticket-seller that will help fill the Tottenham stadium, pump up PPV buys, and assist with the preparation for the risky Usyk fight next year.

Fury is arguably drunk on success and has made so much money that he’s willing to pick a guy that won’t help him make his December 3rd fight a success. Chisora is said to be a hand-picked opponent by Fury. In other words, a fighter that Fury selected himself rather than his management.

It’s bad news when you get a fighter picking his opponents, particularly when they select from the bottom of the heavyweight top 15, as Fury has done.

They say that Fury chose Chisora because he likes him and wants to give him a payday before the two soon bow out of the sport. If that’s what this fight is about, then that’s great for Chisora but not so good for the fans that will be paying & watching this mismatch.

“Derek, also a big favorite with British fans, has reinvented himself in recent years, and Tyson has long stated his wish to fight him for a third time,” said promoter Frank Warren.

For the record, Chisora recently ended a three-fight losing streak by beating 41-year-old Kubrat Pulev by a 12 round split decision. Chisora didn’t look good at all in that fight, with many of the rounds being close and difficult to score.

In the end, it was a toss-up about who deserved the victory. Pulev landed more shots, but Chisora, who was fighting at home in the UK, was given the win.

“Tyson can’t afford any slip-up in this fight as he has the much-publicized undisputed match-up with Usyk in the New Year, which we’re really looking forward to,” said Warren.

Fury definitely can’t afford a slip-up against Chisora because that would wreck everything for his undisputed match against Usyk.

Tyson already screwed up the Anthony Joshua fight by setting two deadlines, which resulted in AJ & his promoter, Eddie Hearn giving up hopes of making the fight. 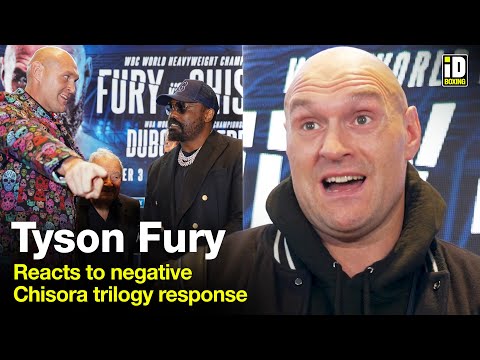 
« Setting the record straight: This world is about who we like!

The next king of the heavyweights »