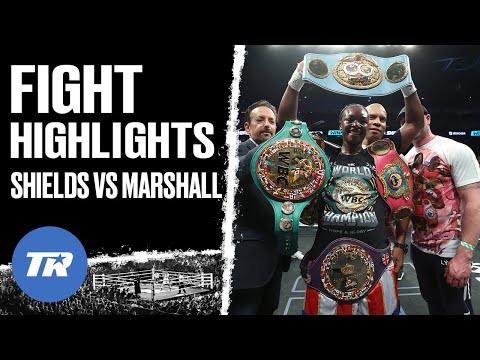 In the first round the taller Marshall used an effective jab coming forward in the first minute. Shields opened up with a flurry of close to a dozen punches without return in the beginning of the second half of the round. In the second and third rounds both let it all hang out with Shields coming out on top in a pro Marshall crowd cheering for anything Marshall does. In the fourth and fifth rounds Shields again was landing more and slipping punches better even off the ropes.

In the sixth and best round of the fight Marshall may have won her first round. In the seventh round Marshall seemed to have an edge until the final seconds when Shields rallied. In the eighth round a brawl broke out with Shields possibly having a slight edge in a close round.

In the ninth round again both mixed it up well in a close round that Shields seemed to have an edge. In the tenth and final round with the crowd on their feet both let it all hang out in a close round. Referee Victor Loughlin had an easy night.

In the first two rounds Mayer was the aggressor using a good jab being the taller of the two. Baumgardner landing lead rights on the chin being the faster of the two. In the third round Mayer finally landed a right on the chin of Baumbardner who started talking in reply. 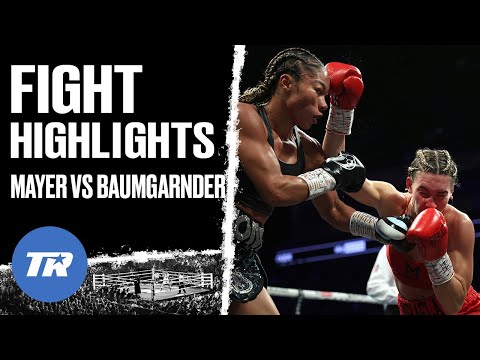 In the sixth it was more of the same with Mayer’s experience paying off in a closer round but a winning one winning her fourth straight round. In the seventh rounds midway point Baumgardner opened up a cut on the right eyebrow of Mayer with a solid right. Good round for Baumgardner.

In the eighth round Baumgardner became more aggressive in a close round with both boxers having their moment won by Baumgardner. Referee Bob Williams finally warned Baumgardner for clinching too much.

Scores were 97-93 Mayer, 96-95 twice for Baumgardner and 95-95 from this writer though I felt Mayer would have gotten the decision by the judges. 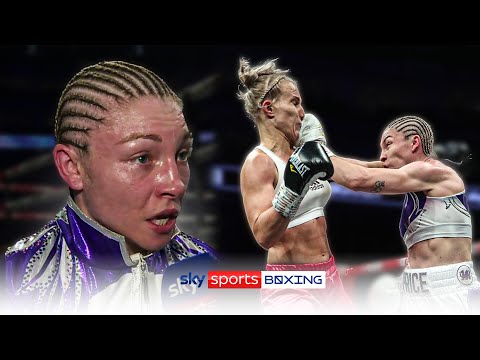 In the first two rounds Price had an edge in a competitive fight. In the third rounds final twenty seconds Price rocked Belik with a left on the chin. In the fourth round Price had Belik on the defense before referee Mark Bates may have prematurely halted the bout that Price was well ahead at the time.

In the first three rounds the action was furious with Dubois the southpaw having an edge. In the fourth’s final seconds Dubois landed as much of her arm as her glove on the back of the neck dropping Koleva for an 8-count by referee Sean McAvoy. Dubois is the sister of former WBO International heavyweight champ Daniel ‘Dynamite’ Dubois, 18-1 (17).

In the fifth rounds final seconds Dubois landed a flurry of punches without return having Koleva against the ropes until the referee wisely halted the bout.

In the first three rounds Artingstall had her way keeping Sakharov on the defense with a solid body attack and some good head shots. In the last three rounds the southpaw Artingstall went to the body with right hooks to the ribs of Sakharov who did a little better in the second half of the fight but couldn’t win a round.

Referee Mark Bates scored it 60-54 as did this writer. 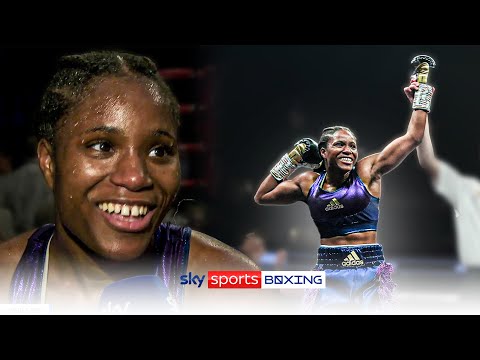