By Adam Baskin: Regis Prograis will be fighting for a world title firs the first time in three long years when he battles #1 Jose Zepeda (35-2, 27 KOs) for the vacant WBC light welterweight title at the Dignity Health Sports Park, in Carson, California.

Prograis (27-1, 23 KOs) lost his WBA 140-lb title in a unification fight against Josh Taylor three years ago in 2019, and he’s only now getting a crack at a title despite arguably being the best fighter in the division.

Although Prograis lost the fight to Taylor, he could have easily won that fight had he adapted earlier because he totally dominated the Scottish fighter in the second half when he began fighting on the outside.

Before that, Prograis had foolishly fought Taylor on the inside, which is Josh is quite talented.

“I’ve always wanted a rematch with Taylor. I definitely want the rematch with Josh Taylor. If that comes up, I’ll take that before anything else,” said Regis Prograis to Fight Hub TV. “But it depends on the money because there are some big opportunities out there.

“But for me, first things are first, Zepeda. Zepeda is a killer, and I’m a killer. Like I said, Zepeda is a killer in the division. For me, I’m not worried about anybody else right now. These next six, seven weeks, my focus is on Zepeda.

“It’s a tough fight. I couldn’t want it any better. What better way to become a two-time champion than to fight Zepeda? My goal is to be a two-time champion at 140.  I know how good he is. With his fight against Josue Vargas, I can’t take anything from it because he knocked him out too fast.

“It’s hard to know. He might have peaked early,” said Prograis about Josh Taylor being potentially distracted for the Jack Catterall fight. “When he fought me, I don’t feel like Taylor could get any better.

“With me, I feel like I went up. What I do know about Josh Taylor is he took that rematch between he has that heart. He wants to get that back. It’ll be interesting to see what he does in the rematch with Catterall. 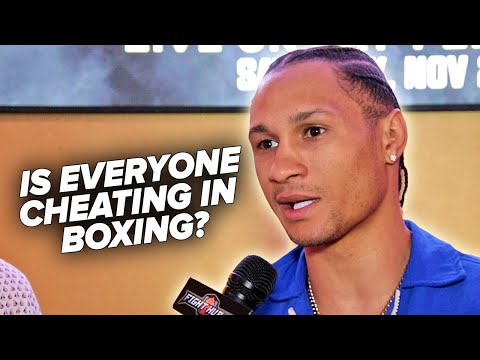